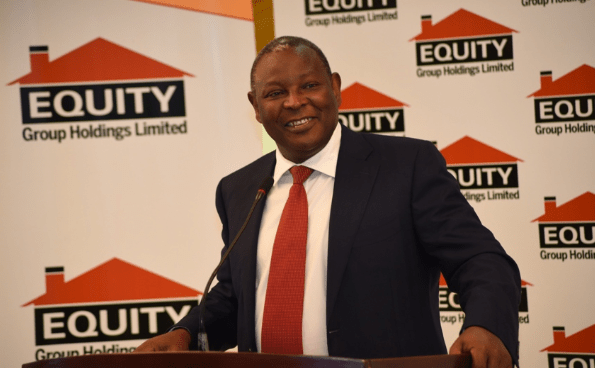 The ranking, dubbed Bloomberg 50, takes into consideration the world’s top 50 individuals with the most formidable achievements in their line of work.

Bloomberg 50 honours Mwangi for driving Equity Group aggressive expansion strategy that seeks to ensure Equity Bank’s presence in 10 African economies by the end of 2019 and 15 countries by 2026.

While ranking Dr Mwangi, Bloomberg factored in his contribution in steering Equity Bank’s presence in the greater Central and Southern Africa region.

The 50 Most Influential ranking has been published by Bloomberg Markets since 2011, annually. featuring 50 individuals with “the ability to move markets or shape ideas and policies.” According to Bloomberg Markets, the list is composed on the basis of recommendations and assessments by Bloomberg News journalists in 150 bureaus in the United States and internationally.

Share thisFacebookTwitterPinterestEmailWhatsAppEquity Group CEO Ranked Among Bloomberg’s Top 50 Business Leaders Equity Group Chief Executive Officer, James Mwangi, has been ranked among the world’s top 50 business leaders by Bloomberg. The ranking, dubbed Bloomberg 50, takes into consideration the world’s top 50 individuals with the most formidable achievements in their line of work. Other leaders featured