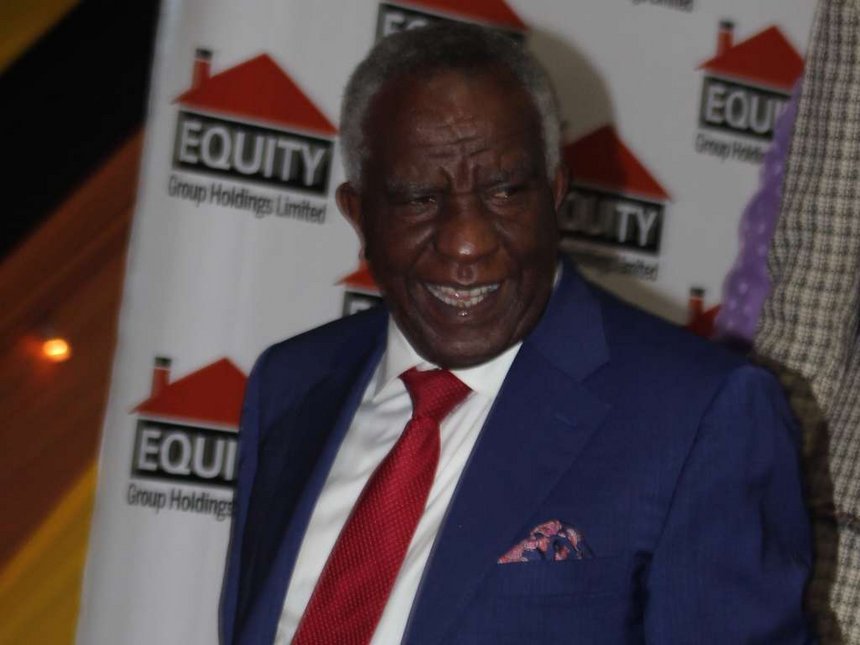 Equity group chairman Peter Munga after the group AGM held at the KICC in Nairobi on March 31. Photo/Enos Teche.

Equity Bank chairman Peter Munga has obtained an order stopping proceedings in a case pitting him against Del Monte over a 75-acre land in Murang’a.

Munga was scheduled to appear before High Court Judge Samson Okong’o on Tuesday next week to confirm whether his Pioneer Girls School has vacated the land.

In December last year, Okong’o found Munga and his Pioneer International Schools guilty of contempt of court after violating a 2015 order that stopped the operations of the institution.

The court granted Munga 120 days to remedy the situation by vacating the land. Munga was suppose to confirm to the court whether he has complied with the order on Tuesday.

The school is still being run, meaning Munga was at risk of being sentenced next week. Contempt of court can lead to a maximum of six months in jail or a fine of up to Sh200,000 or both sentences.

Yesterday, Munga obtained an order from the appellate court, temporarily stopping proceedings before the High Court judge. Munga asked the court to stop the looming sentence.

He argued that he intended to challenge Okong’o’s authority to issue temporary orders before hearing the suit filed by Del Monte.

“The decision by the lower court will be challenged in the intended appeal on grounds that it was made without jurisdiction,” Munga said.

He said there were queries whether the matter was properly before the court and the competence or jurisdiction of a court.

“These must be determined first before addressing the question whether contempt is established,” Munga said.

The Appeal Court found that Munga and Pioneer have case raised critical issues that would need to be urgently determined before any further proceedings before Okong’o.

Del Monte leased the land to Goshen Gardens in 2013 for a period of eight years. Goshen Gardens set up the Choice Imani International School on the land.

Goshen was unable to pay the monthly Sh550,000 rent in February 2015, causing fractures in its relationship with Del Monte.

Del Monte moved to court and sued both Pioneer and Goshen Gardens, saying its deal with the latter did not provide for subleasing.

The fruit processor in December 2015 obtained an order barring Munga’s Pioneer from operating a school on the property.

Munga’s firm however proceeded to open Pioneer Girls School in 2016, a move that saw Del Monte react by pushing for his imprisonment for violation of the court order.

Del Monte says it only agreed to consider Pioneer’s occupation of the land after expiry of Goshen Gardens’ lease in 2020.

Pioneer however insists that Del Monte was aware of its arrangement with Goshen Gardens, and that the fruit processor even allowed Munga’s firm to tarmac the road leading to the girls’ school.

Del Monte had initially pushed for the imprisonment of both Munga and Goshen Gardens official David Kigwe.

But Justice Okong’o ruled that at the time Del Monte filed the contempt of court application, Goshen Gardens had already handed over the land to Pioneer hence it did not violate any order.

The Court of Appeal has now ordered Munga and Pioneer to file their appeals against Justice Okong’o’s decision by April 23, or risk having the order suspending the High Court proceedings lifted.

Pioneer Girls School targets students from middle and upper class families. The school can accommodate up to 700 students.