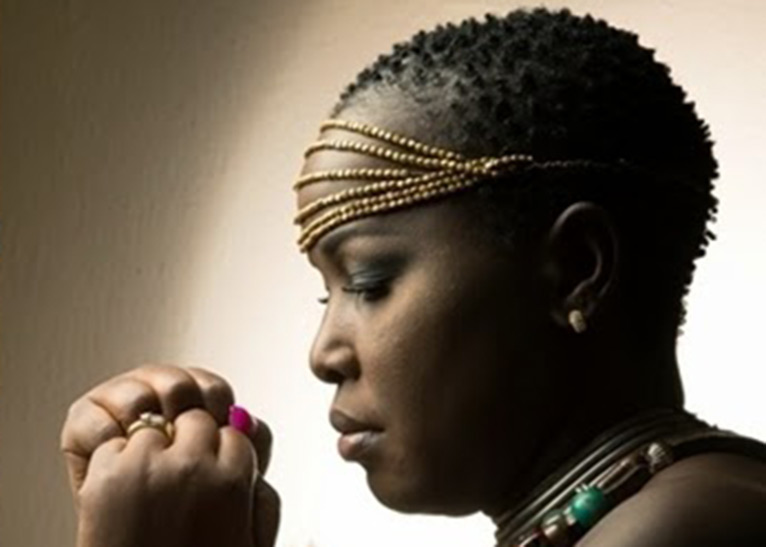 Gospel Singer Emmy Kosgei pas paid tribute to the late Mama Lucy Kibaki, revealing that the First Lady was a good friend and a keen supporter of her music.

Lucy Kibaki passed away Tuesday morning in the United Kingdom; a statement by President Uhuru Kenyatta stated that she died while receiving treatment at a London hospital.

“RIP Mama Lucy Kibaki… tribute from my family, crew and my fans … Help me celebrate and mourn one of my biggest fans #HerExcellencyMamaLucy #RIP God uses anybody to help us fulfill purpose, sometimes in this life He allows us to see and meet of our destiny helpers!” Emmy wrote on social media.

BODY of the late Mama Lucy Kibaki expected in Nairobi on Sunday at 5.30am, three days of national mourning to start on Sunday.

“It’s an honour and inspiring to know how much what you do touches lives… even kings and queens hearts! It was an honor meeting you,” she continued.

Recounting when she first met Lucy Kibaki, Emmy said the former First Lady noticed her on August 27, 2010 during the promulgation of Kenya’s New Constitution – and Lucy even referred to her as “her daughter”.

“It was during the promulgation of the new constitution that you caught the revelation of Taunet Nelel, a new dawn for our nation… And demanded for our participation against all odds! You called me ‘Msichana yangu’… it was an honor unforgettable memorable humbling and proud moment … my life and ministry has never been the same since then! I will live to remember… May your soul rest in eternal peace! #RIPMamaLucy.”