Elizabeth Koimett : Alcoholic teacher set me on a mission to start a Rehab Centre

Elizabeth Koimett : Alcoholic teacher set me on a mission to start a Rehab Centre

Elizabeth Koimett’s job was to interdict and fire tutors absconding duty due to various reasons including alcoholism. However, one episode led her to quit her job to run a rehab centre

As a Deputy Director at the Teachers Service Commission (TSC), some of her duties included sitting in the disciplinary committee. Her team issued warnings, interdicted or fired errant teachers. As expected by her employer, Elizabeth Koimett did her work diligently.

Over 200 minors arrested at city bar

“My turning point was when a female teacher who was my age mate was brought before me for absconding work due to alcoholism. Most of the time, she was found sleeping in trenches after drinking herself silly,” says Koimett. The 54-year-old says the drunkard female teacher left a disturbing image in her mind.

“Alcoholism is prevalent and is a big challenge for TSC. Many teachers have lost their jobs over drug abuse and alcoholism, but nobody bothers to even find out why they drink heavily.

Addiction is psychological. I decided I had to do something,” says the former teacher. Even though she had seven years remaining on her contract with TSC, Koimett quit her well paying job to start a rehabilitation centre for professionals, Serenity Place.

Her zeal was so enormous that she even transformed her Sh17 million newly-acquired house in Nairobi into a rehabilitation centre without her husband’s knowledge for fear of backlash.

“I knew it would be hard to make my husband understand why I was leaving a stable job. It was even harder to tell him that I was transforming our new house into a rehab, so I did it secretly because he was living in Nakuru,” the mother of seven says.

When he learnt about it, the husband was livid and even dismissed the whole idea as crazy and absurd. “We had just celebrated building our own home and she then came up with that idea. It was unbelievable,” says Eddy Koimett, her husband.

After sometime, Eddy half-heartedly relented, but he says now he is the biggest supporter of his wife’s mission to rehabilitate addicts. Starting with two clients in her house at Kahawa Sukari in 2013, Koimett says the response for her services was overwhelming.

“My first client was a doctor who was on the verge of losing his job over drugs and alcohol abuse but after 90 days, he had recovered fully,” she says.

“I was lost for words when I saw the first client, who was on his deathbed and hopeless over drug addiction coming back to life and being productive again,” says Eddy.

Now, she has more than 200 clients in her centre. She says that although her initial plan was to work with addicted teachers, other professionals sought her services and she accommodated them.

She also works with general public because drug abuse affects the whole generation. The rehabilitation process for alcohol addicts takes 90 days while those on hard drugs like heroin cocaine and bhang take five to six months.

Once a patient gets to the rehab centre, they undergo the detoxification process to get rid of the drugs in the system. There are psychiatrists and councillors to help them deal with their addiction. 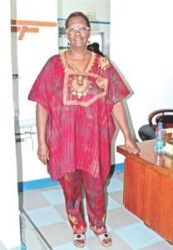 “Our fee is friendly for day’s care. We charge Sh2,000, but it is negotiable. We work with psychiatrists, counsellors, doctors and religious leaders,” she says. Koimett expresses concern that many lawyers, doctors, clinical officers and teachers seem to be more vulnerable to alcoholism.

“Doctors don’t drink much, but are addicted to drugs like morphine and domicum, among others. We detox them and give them time for relapse hence, they take more than five months,” she says.

Koimett’s dream has grown into Serenity institution that include; Serenity Place (Rehabilitation), Serenity Preparatory School and Serenity College. Serenity College absorbs those who have been rehabilitated and have no skills. The rehab centre has two more branches in Lanet and Gilgil in Nakuru County.