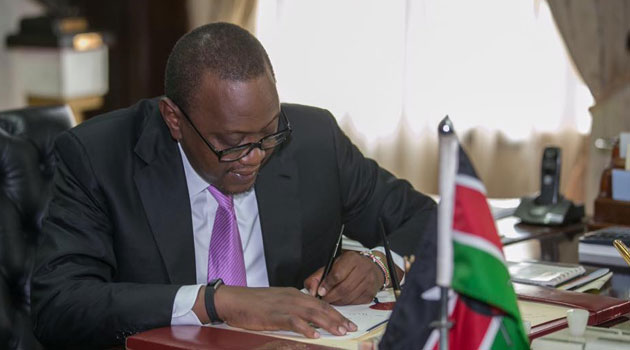 The laws will now be transmitted back to the National Assembly which is the originator of the Bills for onward transmission to President Uhuru Kenyatta to give assent.

The Bills were passed even as Opposition lawmakers snubbed the Thursday afternoon session.

The Head of State is on record stating that he will assent to the election laws once passed by Parliament, saying the Bills seal loopholes that may lead to future annulment of a presidential election.

The laws require electoral management officials who fail to do their work in accordance with the laid down regulations to face a penalty of Sh2 million and a five year jail term.

On the transmission of the results, the bill gives manual transmitted results prominence over the electronic mode of transmission.

The bill also provides that a presidential candidate who remains in race after the withdrawal of his or her opponent will be declared President-elect.

Earlier on Thursday morning, a Special Senate Committee formed on a short notice to analyse the controversial electoral laws wrapped up its public hearings.

The bills were passed in both Houses of Parliament despite Opposition from western diplomats and other key stakeholders who had asked the lawmakers to shelve the legislation of the laws.

The House now breaks for a three-week recess to purposely engage with their electorate in campaigning for their preferred candidates.

The laws will now be transmitted back to the National Assembly which is the originator of the Bill for onward transmission to President Uhuru Kenyatta to assent to it/FILE Election laws await Uhuru assent after Senate approval NAIROBI, Kenya, Oct 12 – Two Bills making amendments to electoral laws now await presidential assent after the