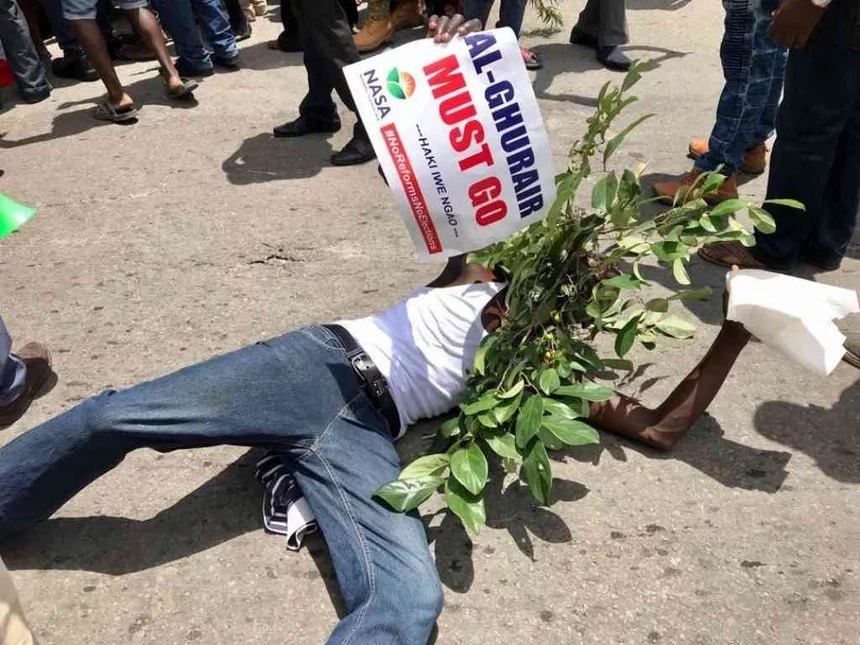 Three people have lost their lives after being shot by police during a violent anti-IEBC demo in Bondo – Two others have been left with serious gun shot wounds – Hell broke loose after a group of protesters stormed a police station armed with crude weapons Three people believed to be ardent NASA supporters have been shot dead during an anti-IEBC demo in Bondo,Siaya county. TUKO.co.ke has learnt that the deceased were shot on Friday,October 13 ,after an anti-IEBC demo turned chaotic. The three are said to have met their deaths after police officers opened fire to a group of protesters who had stormed a police station armed with crude weapons.

Two other people,a 70-year-old woman and a boda boda rider suffered serious bullet wounds after they were shot and injured during the same incident.The two were rushed to the Bondo sub-county hospital where they were admitted for treatment.

However, protesters in different parts of the country did not heed to the call as they took to the streets for the demos.In Kisumu, gunshots rented the air as police engaged the protesters in running battles. Chaos were also experienced in Nairobi on Friday, October 13 2017 after police officers lobbed tear gas canisters at Raila Odinga’s Capital Hill office where NASA supporters had gathered to prepare for city invation in the name of anti-IEBC demos.