Eight men who own as much wealth as three billion people 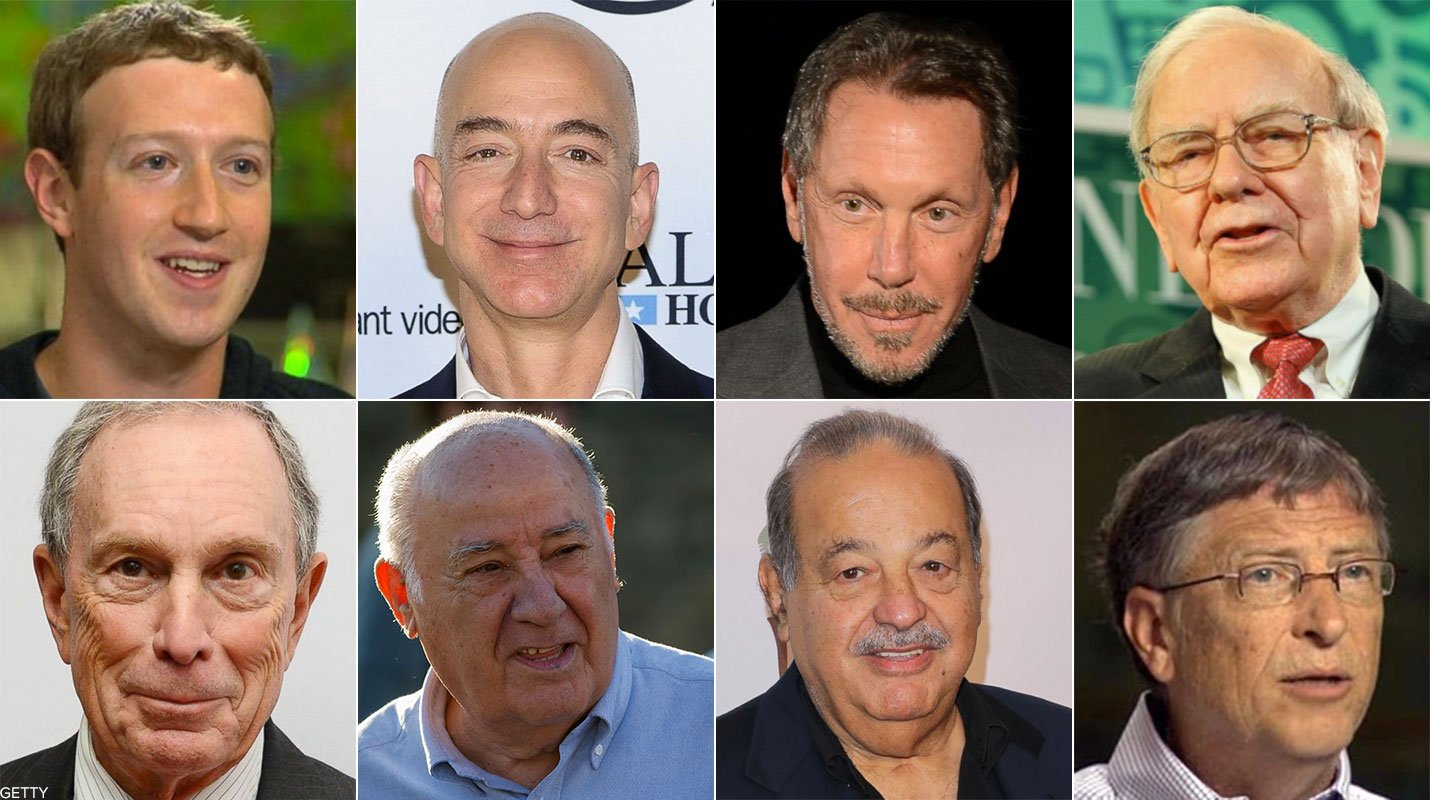 Eight men own as much wealth as poorest half of world’s population (3.6 billion people), according to Oxfam report :photo courtesy

Eight men who own as much wealth as three billion people

Eight men own as much wealth as that held by the 3.6 billion people who make up the poorest half of humanity, a new report has revealed.

“It is obscene for so much wealth to be held in the hands of so few when one in 10 people survive on less than Sh208 ($2) a day,” said Winnie Byanyima, executive director of Oxfam International, which prepared the report, called An economy for the 99 percent.

“Inequality is trapping hundreds of millions in poverty; it is fracturing our societies and undermining democracy.”

The report shows the gap between the rich and the poor is far much greater than originally feared, with the poorest half of the world having less wealth than previously thought.

The situation is not different in Kenya, where the richest Kenyans’ net worth is more than Sh70 billion while 42 per cent of the country’s 44 million people live below the poverty line.

The report shows how broken economies are funnelling wealth to a rich elite at the expense of the poorest in society — a majority of whom are women — at such an astonishing rate that the world could see its first trillionaire in just 25 years, a figure one would need to spend Sh100 million every day for 2,738 years to finish.

The report also outlines how the super-rich, who own big corporations, dodge taxes by using a network of tax havens and drive down wages for their workers through an army of wealth managers in order to maximise returns on investment to their wealthy shareholders, a network that is not available to ordinary savers.

This costs poor countries at least Sh10.39 trillion ($100 billion) every year, which is enough to provide education to the 124 million children who are not in school and fund healthcare interventions that could prevent the deaths of at least six million children every year.

According to the report, Kenya lost more than Sh100 billion in 2011 through tax incentives to corporations, depriving the country of vital revenue, yet informal traders face difficult application processes and strict requirements to benefit from financial services such as credit and loans.

Many are forced to operate on a more casual basis by paying unlawful daily fees to county governments that end up costing them more than an annual licence because they cannot afford to pay a one-off annual trading permit fee.

In Nairobi alone, the report says, an estimated 2.2 million people work in the informal sector and live in underserved settlements and slums yet big business and the super-rich use their money and connections to ensure government policies work for them.

“Across the world, people are being left behind,” said Ms Byanyima in the report. “Their wages are stagnating yet corporate bosses take home millions of dollars in bonuses; their health and education services are cut while corporations and the super-rich dodge their taxes; their voices are ignored as governments sing to the tune of big business and a wealthy elite.”

This widening inequality gap has seen women suffer more by often being employed in low-pay sectors, where they face high levels of discrimination and take a disproportionate amount of unpaid care work that pushes them to the bottom of the pile.

Ms Byanyima said a fairer tax system and better regulation of wages and hours for informal workers could help to close the gap between the rich and the poor in Kenya.

She called on governments to increase taxes on both wealth and high incomes to ensure a more level playing field and also generate the funds needed to invest in healthcare, education and job creation.

Eight men who own as much wealth as three billion people Reviewed by samrack on January 17, 2017 .