Education in Australia quite expensive for foreigners 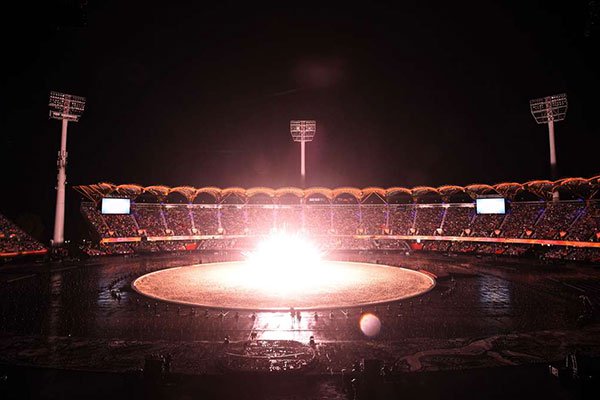 A general view shows the opening ceremony of the 2018 Gold Coast Commonwealth Games at the Carrara Stadium on the Gold Coast on April 4, 2018. Gold Coast organisers confirmed reports that athletes from Rwanda and Uganda were thought to have gone missing. PHOTO | ANTHONY WALLACE |  AFP

Education in Australia quite expensive for foreigners

As the Commonwealth Games drew to a close Sunday, many families in Gold Coast will now take time off to relax before school re-opens next week.

Currently, schools in Australia are on a two-week break with many students in the Commonwealth Games host city taking the time off to be among the 15,000 volunteers – or “games shapers”, as they fondly call them here – that have made these games a huge success.

The Australian education system starts from pre-school onto “year one” to “year eight”, after which the children progress to “year nine” to “year 12”, also referred to as college education.

Upon completion of college education, youths take up apprenticeship, for example in technical colleges, where they learn practical skills.

Such apprenticeship is taken quite seriously.

“During apprenticeship, the main focus is on specializing on what the student wants to pursue as a career,” Alfred Koech, a Kenyan studying at the Edith Cowan University in Perth, explains.

“Usually, the university will look for good places to place students on apprenticeship programmes.”

This because the probability of students being absorbed into jobs at these institutions, especially in nursing and accounts, is high as there’s huge demand, especially for nurses, in Australia.

Interestingly, a huge number of university students in Australia are foreigners. In fact, about 50 per cent!

Due to the high cost of education in Australia, international students are allowed to work for up to 20 hours a week to service their bills.

Payment for such jobs is, on average, 25 Australian dollars (about Sh2,000) an hour.

Spouses of international students on masters programmes can also take up full time jobs, much to the chagrin of Queensland Senator Pauline Hanson, founder and leader of the One Nation Party, who argues that foreigners are taking up jobs meant for locals.

University fees in Australia are quite high, between 14,000 to 17,000 dollars (Sh1.07 million and Sh1.3 million) per semester. And this is just tuition fees, exclusive of meals, accommodation, transport and general upkeep.

There are two semesters each academic year and locals get government subsidies with scholarships available for foreign masters students.

The most popular courses are in nursing, business administration, construction and mining technology, perhaps to cash in on the mining boom in Australia.

Education in Australia quite expensive for foreigners Reviewed by samrack on April 15, 2018 .

A general view shows the opening ceremony of the 2018 Gold Coast Commonwealth Games at the Carrara Stadium on the Gold Coast on April 4, 2018. Gold Coast organisers confirmed reports that athletes from Rwanda and Uganda were thought to have gone missing. PHOTO | ANTHONY WALLACE |  AFP Education in Australia quite expensive for