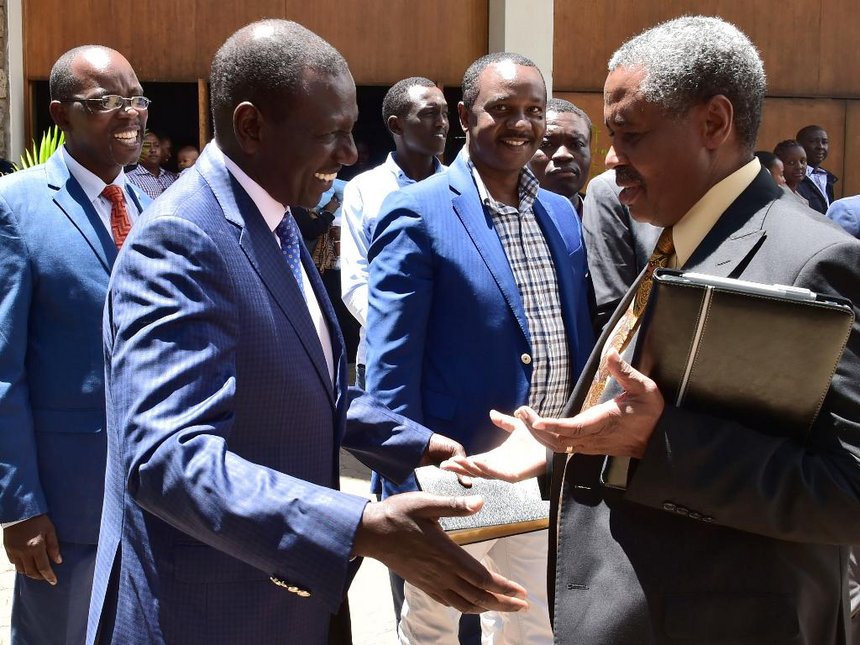 Deputy President William Ruto reemerged yesterday for a church service in Karen, Nairobi, after taking a low profile for almost a week.

The active DP had become the talk of social media, with many questioning his whereabouts, after he failed to appear in public since Monday last week.

Despite speculation, handlers of the presidency have insisted he had taken a break after a rigorous mobilisation campaign for the just concluded mass voter registration.

Ruto was driven into the Christ is the Answer Ministries’ church by his eldest son, Nick, and sat in the middle of the congregation, something quite uncharacteristic of politicians as they always sit at the front.

He did not talk much when he was invited to speak.

Ruto steered clear of politics and urged the congregants to continue praying for this country, especially for peaceful electioneering.

“If it weren’t for the prayers of many Christians, maybe things would not be the same. I want to say thank you very much for your prayers for our country,” he said and went on to quote Psalms 133:1, which says, “How good and pleasant it is when God’s people live together in unity!”

Ruto said, “It is my prayer and request that in this season, this portion of the scripture will be our portion as a country so have peaceful elections going forward into the future and that the will of no man will succeed, but the will of God be done.

“We thank God for His boundless love, grace, enduring mercies and the blessing of rains. We pray that this will be the start of the planting season that will lead to a good harvest.” The DP was accompanied by Gatundu South MP Moses Kuria, Dagoretti South MP Dennis Waweru and nominated Senator Joy Gwendo. After the church service, Ruto greeted a few people. He then got into his son’s car and was chauffeured to Dagoretti Corner, where he had lunch with Waweru and several residents.

At one point along the journey, the DP was spotted paying for fuel for his son’s car at a petrol station. This time he had no tie on. They then proceeded to Dagoretti.

Over the past one month, Ruto has been involved in campaigns to mobilise Kenyans to register to vote at the August 8 election. On one occasion, he traversed three counties.

The registration drive ended yesterday after it was twice extended by court orders.