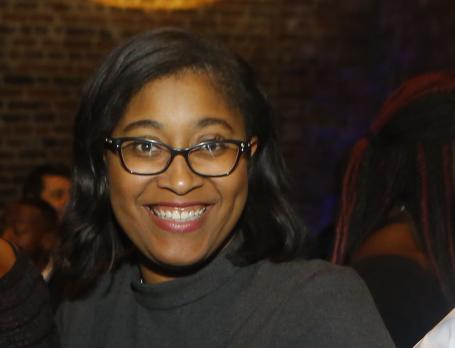 ONE OF Britain’s leading domestic abuse campaigners has been recognised with a national honour. Dr Diahanne Rhiney, from Essex, has been given a British Citizen Award for her services to education and the community.

The British Citizen Awards (BCAs) were launched in January 2015, to recognise exceptional individuals who work tirelessly and selflessly to make a positive impact on society. BCAs are awarded twice annually, and recognise ‘everyday’ people whose achievements may otherwise be overlooked.

Dr Rhiney turned her focus to the area of domestic abuse after surviving a murder attempt by her former partner.

She has dedicated hundreds of hours a year to mentoring young single mothers, fostering children from abusive backgrounds and establishing her domestic abuse charity SWIM – Strength With In Me. Her work provides ways to ensure young people are as confident, balanced, heard and equipped as possible.

Frequently speaking at schools, universities and to groups and organisations, she uses her multiple platforms and enterprises to raise awareness on the social, psychological and political issues that most effect women and girls.

Last year, she was busy forming an All-Party Parliamentary Group (APPG) to have healthy relationships taught in all UK schools as compulsory. The government will finally implement this amendment to the Children and Social Work Bill.

Diahanne, is one of 35 medallists who will be honoured at a prestigious ceremony on January 25, at the Palace of Westminster. All BCA recipients have selflessly undertaken various activities in sup-port of a number of worthy causes. Each will receive a Medal of Honour, inscribed with the words ‘For the Good of the Country’. Medallists are also invited to use the initials BCA after their name.

Speaking about her nomination, DIahanne said: “At first I thought ‘is it the wrong email?’. Even though I am humbled beyond words, I just do what I do because that’s who I am but this isn’t about me, it’s about raising awareness of the issues that affect today’s young people.

“My mum died suddenly eight years ago in January but she provided the foundation of how I think about life. She was truly my best friend and an amazing woman but incredibly quiet and humble. We were amazed when more than 2,000 people attended her funeral but that just goes to show that you can have a huge impact on your community by simply going about your business and making a dif-ference.

“My proudest achievements are setting up the Rhiney Awards, which supports under-privileged people through university, and SWIM. More than 750,000 young people live with domestic abuse and it has to stop.

“I think you have to give people a sense of hope but as a nation we’ve become too selfish. We should remember that no act of kindness is too small.”

The awards are sponsored by the world’s largest optical retailer, Specsavers; one of the largest property and leisure management, development and regeneration companies in the UK, Places for People; leading ethical law firm Irwin Mitchell; specialist PR, branding and communications agency, Nathan Rous PR; and worldwide leader in IT and networking, Cisco. Each will be presenting the awards in January, alongside TV star host, Bradley Walsh.

Nathan Rous, from Nathan Rous PR, said: “It’s an absolute pleasure to be involved with the British Citizen awards and to hear inspirational stories such as Diahanne’s. There’s so many good people doing great things across the country and they deserve to be recognised in this way.”

Diahanne was nominated for a BCA by colleagues at the request of the women and young people she supports. They said: “When Diahanne was nominated out of 20,000 people for a National Diversity Positive Role Model Award, she was incredibly touched by the vast many nominations she received from women of all ages who wrote in to express just how much their lives have been positively impacted, and often dramatically changed, by Diahanne.”