Cop shoots herself dead at JKIA 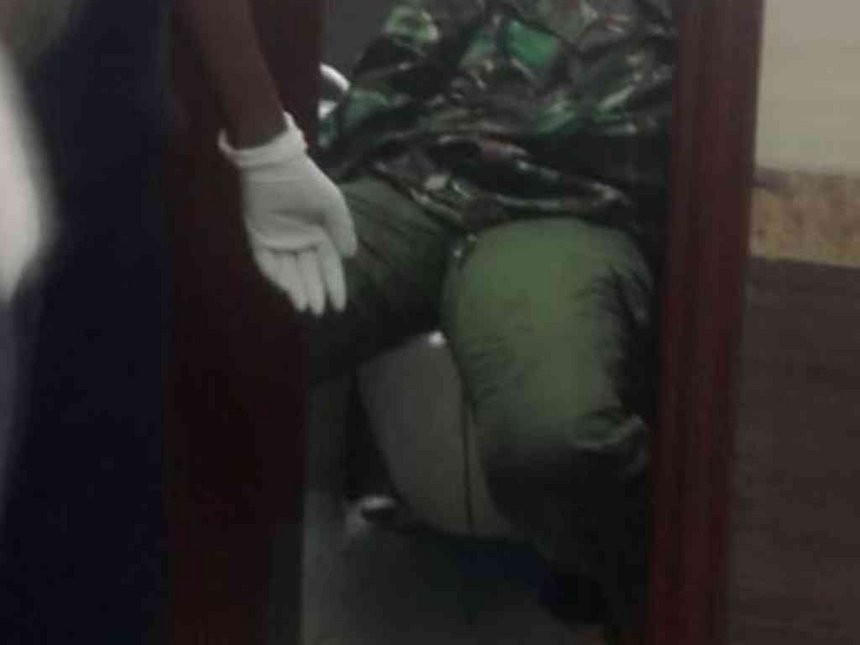 The female cop who shot herself dead at JKIA on Wednesday morning. Photo/The star

Cop shoots herself dead at JKIA

A female police officer identified as corporal Gaudencia Wausi, attached to the JKIA police station  has  shot herself dead .

The officer is said to have reported back to work from leave on Tuesday.

“She went to the radio room where her male colleagues were and left her phone, baton and cap on the table. She walked out and went to the toilet, locked herself in and shot herself once in the head and died,” an officer who sought to remain anonymous said.

Read:AP officer kills himself in front of his boss

He said she locked herself at the old airport arrivals wing that burnt down in a fierce fire in 2013.

It is not clear why she shot herself. Investigations have been launched.

Read;  KDF soldier kills girlfriend, self after getting dumped

Also read;  Nyandarua cop kills self with own gun

Cop shoots herself dead at JKIA Reviewed by samrack on August 24, 2016 .