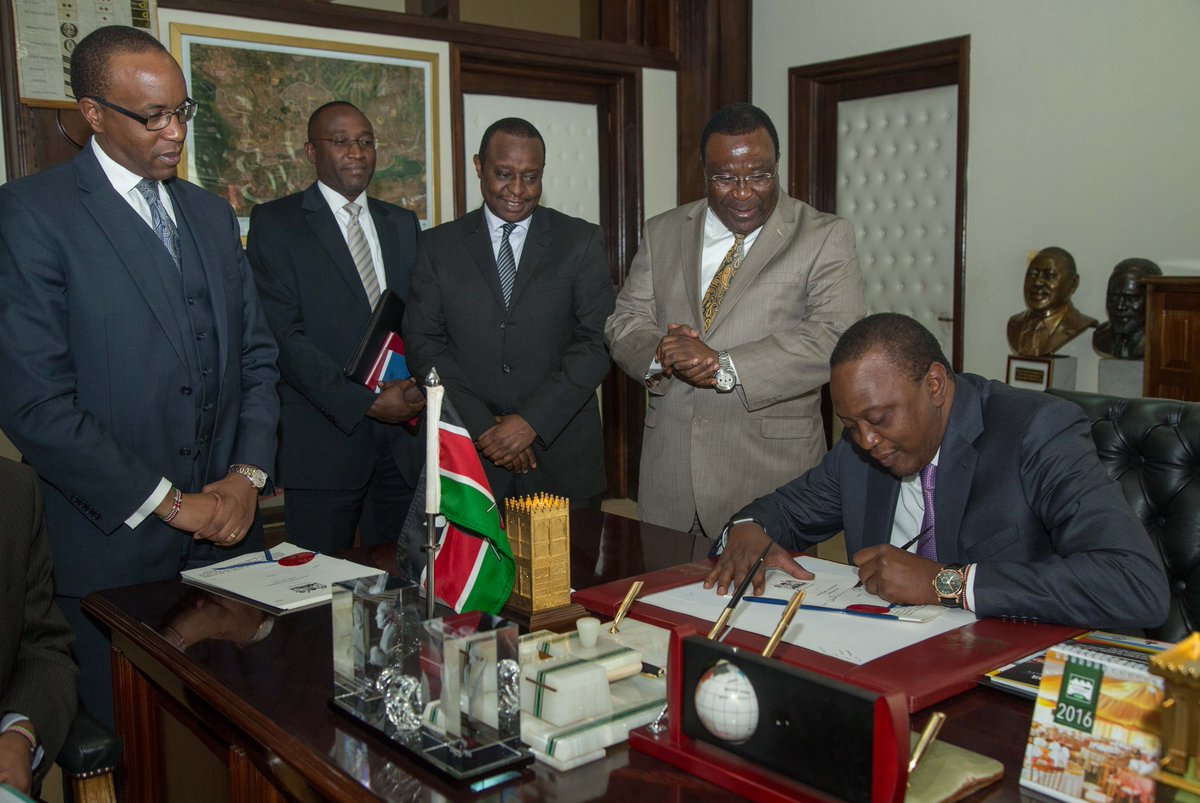 A file photo of President Uhuru Kenyatta signing a bill at State House.

President Uhuru Kenyatta has finally assented to the Banking Amendment Act 2015 as passed by parliament in July.

The law will cap commercial interest rates at 400 basis points above the central bank’s benchmark rate, which currently stands at 10.5 per cent.

In a statement on Wednesday, Uhuru said he had assented to the bill to end frustrations centred around the cost of credit and the applicable interest rates on their hard–earned deposits.

“I have consulted widely and it is clear to me from those consultations that Kenyans are disappointed and frustrated with the lack of sensitivity by the financial sector, particularly banks,” the President said.

Uhuru said the government will implement the new law, noting the difficulties that it would present.

He said foreseen challenges might include credit becoming unavailable to some consumers, and the possible emergence of unregulated informal and exploitative lending mechanisms.

“We will closely monitor these difficulties, particularly as they relate to the most vulnerable segments of our population and also accelerate other reform measures necessary to reduce the cost of credit and thereby create the opportunities that will move our economy to greater prosperity,” he said.

The President has been  under pressure to sign the bill to law.

Some MPs are on record urging him to sign an interest rates Bill, claiming the reaction from banks to the proposed law by offering Sh30 billion in cheap loans to small businesses is a mere gimmick meant to hoodwink Kenyans.

However,  bankers had warned that small borrowers will be excluded from accessing credit if Uhuru assented the amendments to the bill.

The Kenya Bankers Association said plans to cap interest rates will force banks to deal with individuals and institutions deemed to have a better credit score, locking out millions of Kenyans.

More on this:  Banks cut rates in fear of interest capping bill