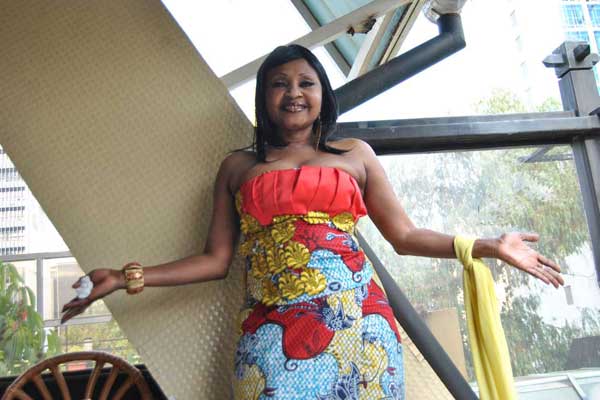 Congolese songstress Mbilia Bel is expected to arrive in the country on Monday for a much-anticipated concert that will see her perform in Nairobi and Kisumu.

Arrangements are in top gear to receive the singer, who is revered for her collaboration with legendary musician Tabu Ley.

Mbilia, who released songs with Tabu Ley that would later become major hits, started her career decades ago, as a dancer.

The highlight of her tour will be a concert as part of the 57th anniversary celebrations of the  Congolese Day next Friday at The New Meladen Club in Nairobi’s Upper Hill  Area.

According to the organisers, her Kenyan tour has been pegged on her evergreen hit “Nakei Nairobi” (I am going to Nairobi).

She sang it with Tabu Ley in his Afrisa International Band in the mid-1980s.

During  that show, she will team up  with her fellow Congolese and Nairobi-based singer General Defao.

They are expected to relive their past collaboration by performing their earlier duet, Copinage.

To grace Friday’s show also will be Kenyan stars Kenge Kenge Orutu System known for their percussion and folklore.

On Thursday, Mbilia and her entourage will visit Lang’ata Women’s Prison for motivational talks with the inmates.

She will visit various other institutions as a build-up to the concerts.