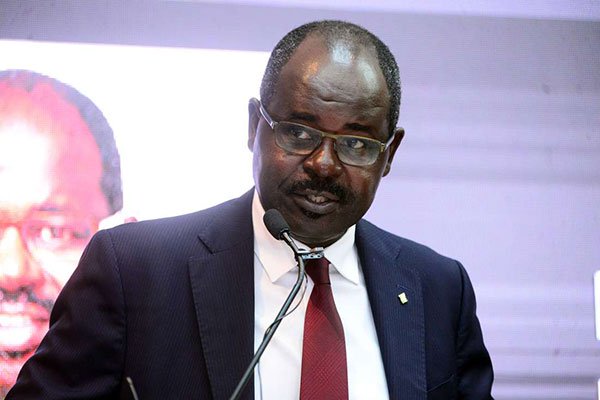 Banks are on high alert after the Central Bank of Kenya (CBK) flagged 800 accounts of individuals who may attempt to clean their illicit money as the rush to exchange the old Sh1,000 notes enters the home stretch.

With just 10 days to go to the September 30 deadline when the old Sh1,000 note becomes obsolete and with more than Sh100 billion of the old currency believed to be in private hands, there is suspicion that corrupt individuals who have been hoarding the notes will take advantage of the rush to bank their ill-got money.

Also targeted for scrutiny are transactions that require huge amounts of money like buying vehicles and investment in shares.

Already, the shilling is weighed down by excess liquidity in the market, which is causing it to weaken against the dollar.

The shilling closed on a low of Sh103.9 against the dollar on Thursday evening even as the CBK stepped up efforts to mop up extra shillings by offering banks repurchase agreements in exchange for extra cash.

On Monday, the CBK mopped up Sh56.2 billion and also sucked out extra cash through a 15-year bond offering lucrative rates for Sh32.6 billion.

“At this point in time the level of vigilance is extremely high. Banks have been reminded to report any suspicious financial activity using know-your-customer rules,” said Mr Habil Olaka, the Kenya Bankers Association (KBA) chief executive.

“We are continuously advising banks to scrutinise every person who comes to exchange notes or makes unusually high deposits,” he said.

Meanwhile, it has emerged that at least 800 accounts have over the last three months been placed under investigation after their owners exchanged unusually high amounts of money causing suspicion on the source of the money.

Those in the know say the cases, which are being handled by the Anti-Banking Fraud Unit domiciled at the Directorate of Criminal Investigations (DCI) and the Financial Reporting Centre (FRC), are a tip of the iceberg on the extent of money laundering exposed by the demonetisation of the Sh1,000 note.

And in the true Kenyan spirit of doing things the last minute, slightly more than 100 million pieces of the Sh1,000 note had been returned by last week. This means that more than a half of existing notes could be out there.

Some individuals under investigation are said to have exchanged more than Sh5 million in cash.

The CBK has already written to banks reminding them to lookout for individuals who may circumvent rules against money laundering and terrorism due to the rush expected in the coming days.

“Commercial banks are therefore reminded of the AML/CFT obligations under the Central Bank of Kenya Prudential Guidelines and the Proceeds of Crime and Anti-Money Laundering Act, 2009,” said CBK Director of Bank Supervision Gerald Nyaoma in a circular to lenders.

Director of Public Prosecutions Noordin Haji has directed law enforcement agencies to preserve the old Sh1,000 notes being held as exhibits in cases in order to enable the courts to make appropriate orders that will facilitate demonetisation.

“This move aims to preserve the monetary and evidential value of the exhibits in court. You should file a report on the said cases before September 30,” the DPP said in a memo.

CBK Head of Communications Wallace Kantai on Thursday said that the level of success of demonetisation will only be known after the September 30 deadline.