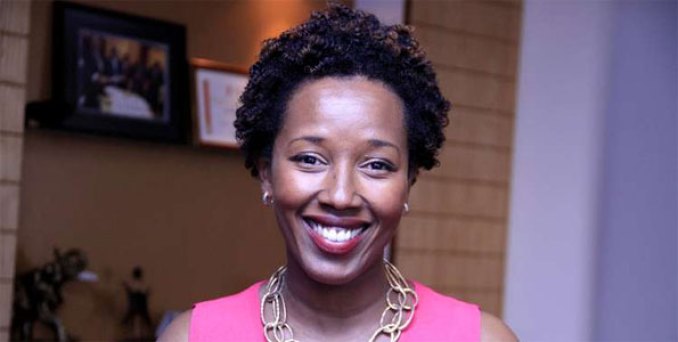 It goes without saying that our economy has been inching along over the past couple of months and businesses will effectively hit the pause button on August 7. A measure of the maturity of a democracy is the extent to which a presidential election is carried out without material interruption of the economy – and by extension everyday life.

When I consider the United States elections, I recall two contentious ones: George W. Bush (Rep.) versus Al Gore (Dem.) in 2000; and last year’s Donald Trump (Rep.) versus Hilary Clinton (Dem.). I happened to be in the States for both. Some would say these events were rigged at the last minute, with unexpected upsets challenging the integrity of the electoral process in arguably the most mature of democracies.

As much as there was uncertainty in both cases, what was clear to me as an on-the-ground observer was the level of faith Americans had in their established systems. Regardless of their political leanings, there was this confidence that life will go on and, like time, business stops for no man (or woman). In the case of Bush, Gore contested the results in court for five weeks. Meanwhile, we all went to work. After all, “rent’s gotta get paid.”

If there was ever a time that Americans with very strong cultural views – and seemingly unfettered access to guns – would have caused trouble, it was in 2008 when the first black man, Kenya’s own, Barack Obama was elected. But again, the system prevailed. There were no serious threats of violence from the White Knights. There were no mysterious deaths of officials. There was no talk of the military needing to step in.

Eight years later, the day after the unimaginable words “President Trump” became a reality, I had several meetings in New York City. As I walked the streets of Manhattan on November 9, I was intrigued with how ordinary life seemed to be — despite the campaign being so polarising. I was prepared for meetings to be cancelled, streets to be deserted, and shops to be shut (for mourning). But this was not the case; it was business as usual.

How many of us in Kenya plan to hold business meetings on August 9? As much as our beloved country has been a democracy for about 25 years, I’m afraid we have some ways to go before we can claim to be a functioning democracy. I am disappointed at the level of disruption we face this time of year. You only have to speak with small business owners — besides those in the posters business — to get a sense of how biashara gets affected every time we go to the polls.

Prayer and the Political Economy

The private sector has been told to pray for peace and stability, but I do not think prayer is what we need most. What we are experiencing is neither spiritual nor a Kenyan “peculiarity”. Poorly governed democracies witness this uncertainty every presidential campaign period.

In a 2008 research on “Elections and Economic Policy in Developing Countries” by Lisa Chauvet and Paul Collier, we find that business is directly affected by politics with pro-market policies diminishing as you get closer to voting day. According to Collier, this deteriorating environment, causes a “price” that fragile democracies must pay, with the ultimate price being the price of peace which can cost as much as 2 percent of GDP. The price is obviously much higher in countries where civil war breaks out and in this case recovery can take as much as 10 years.

Collier et al. found that politicians will always be politicians. And when it comes to seeking office, reinforcing economic and social stability is not a number one priority on the campaign trail. Countries like Zambia and Zimbabwe are often cited with this research, in both cases, the incumbents adopted populist positions — to the detriment of the economy — to endear themselves to the public. Zambia saw a 400 percent increase in money supply when Kenneth Kaunda sought another term in 1991, and Robert Mugabe in 2008 printed money to pay wages and pacify voters.

I suppose, Kenya’s example of such well-timed populist policies is the introduction of arbitrary price controls in the banking sector, which IMF has cautioned will weigh down economic performance. In Ghana, political events also had a significant drag on growth, with a disputed John Mahama outcome causing economic performance to drop by 50 percent between 2011 and 2012. Moreover, we’ve seen Africa’s fastest growing economies like Ethiopia lose as much as 20 percent in foreign direct investment due to instability. It therefore goes without saying that politics can be bad for business overall.

An indicator of favourable economic conditions is the purchasing managers’ index or PMI. Stanbic publishes Kenya’s PMI based on an assessment of 400 private sector companies and in their June 2017 report cautioned that our private sector had slowed down due to uncertainty around August 8, coupled with weaker purchasing power and the ongoing reduction of credit to the private sector due to the capping of interest rates. The report stated that ‘overall, the second quarter was the worst-performing quarter in the (PMI) series history’ (i.e. since 2014). By contrast, in 2016 the U.S. PMI showed activity during the campaign with only minimal subdued performance in the days surrounding the Trump victory.

I feel that 25 years is enough time for us to establish government systems that would ensure a business-as-usual environment – regardless of which party wins. It is said that God helps those who help themselves. So perhaps instead of taking to bended knee to ask for peace and stability, the business community should be more specific in keeping our government officials (not politicians) accountable.

For example, there are certain indicators that point to whether or not an economy will be disrupted by a general election, namely: the effective implementation of policies that ensure economic and civil liberties; fiscal transparency; zero-tolerance to corruption (Kenya is ranked 145 out of 176 countries in the Transparency International Corruption Perception Index); and the level of security and the rule of law – especially when it comes to property rights. When there is weakening of these indicators, we are almost guaranteed that business will always be interrupted by politics.

Therefore, I think the business media and analysts can play an important role in helping the private sector quantify the economic price of politics, and keep track of how well the government system is doing to mitigate this cost.

If we can enhance accountability in government in this way, the system will improve, and we will do away with this amorphous date businesses call “after the election”.

‘Business as Usual’ Should Be Measure of Kenya’s Maturity as a Democracy Reviewed by samrack on August 6, 2017 .

‘Business as Usual’ Should Be Measure of Kenya’s Maturity as a Democracy It goes without saying that our economy has been inching along over the past couple of months and businesses will effectively hit the pause button on August 7. A measure of the maturity of a democracy is the extent to which a presidential