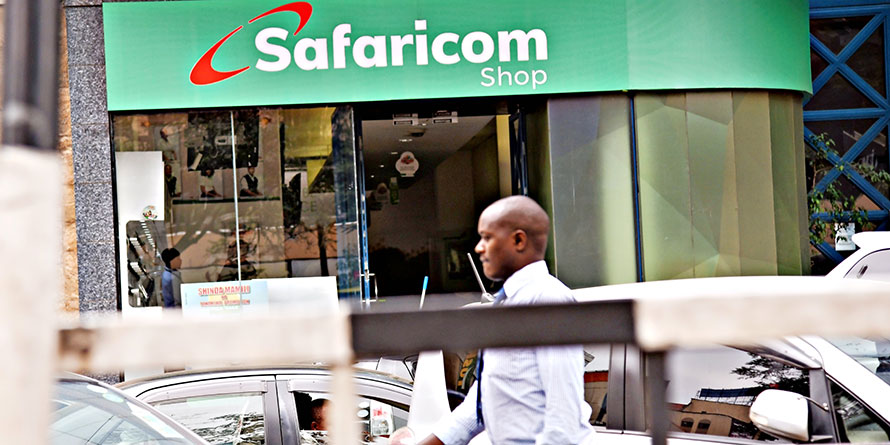 A man walking past a Safaricom Shop. FILE PHOTO | NMG

An international telecommunications firm that owes Safaricom Sh120 million cannot be traced after folding up its local operations, the mobile phone company has told the court.

Safaricom is now seeking permission to serve court papers on the elusive company through newspaper adverts.

Iphone Global systems, which has roots in the United Kingdom, is facing a Sh120 million ($1.2 million) claim from Safaricom.

The mobile firm says it has learnt that two of Iphone Global systems directors have filed bankruptcy proceedings in British courts.

The directors, Steven James Moran and Leslie Thompson, who are British nationals, are said to have left Kenya without Safaricom’s knowledge.

Attempts to serve the company with court papers have, however, been futile since November after the firm closed its Nairobi office

Safaricom and the UK firm, according to documents filed in court, have a relationship that dates back to 2006 when they entered into an agreement of terminating calls into each other’s networks.

The firm that terminated more calls into the other’s network was supposed to pay the difference, as per the agreement.

Safaricom in the suit papers says the firm has defaulted on paying millions in outstanding bills.

“Attempts to serve the defendant at its registered office, Ad Life plaza, 4th Floor, suite No 4E, Ring Road Kilimani, have been to naught as the defendant was not in occupation thereof and was said by the Ad Life plaza Manager to have never occupied any offices therein,” Safaricom told the court.

The telecommunications firm further says its attempts to locate the company at Iphone Global Systems’ last address, Carbon House, at Westland’s Office Park, was futile as it was informed they were no longer tenants there.

High Court Judge James Makau on Thursday allowed Safaricom to inform the company of the pending suit against it by placing an advertisement in a local daily newspaper.

Safaricom pleaded with court for speedy determination of its claim to allow it join the bankruptcy proceedings in British courts.

The firm further claims that it has traced property belonging to the two directors in the State of Florida, United States of America and that any delay will see the assets disposed, making it difficult for it to recover its claims.

Iphone Global signed an agreement with Safaricom to interconnect their systems.

The two firms agreed to every month harmonise the bills for calls that had been terminated across the systems, and the company that had placed more cross-network calls was to pay the difference.

Iphone Global had always paid its bill on time until early 2017 when it started defaulting, leading to Safaricom terminating the cross network services in March, 2018.