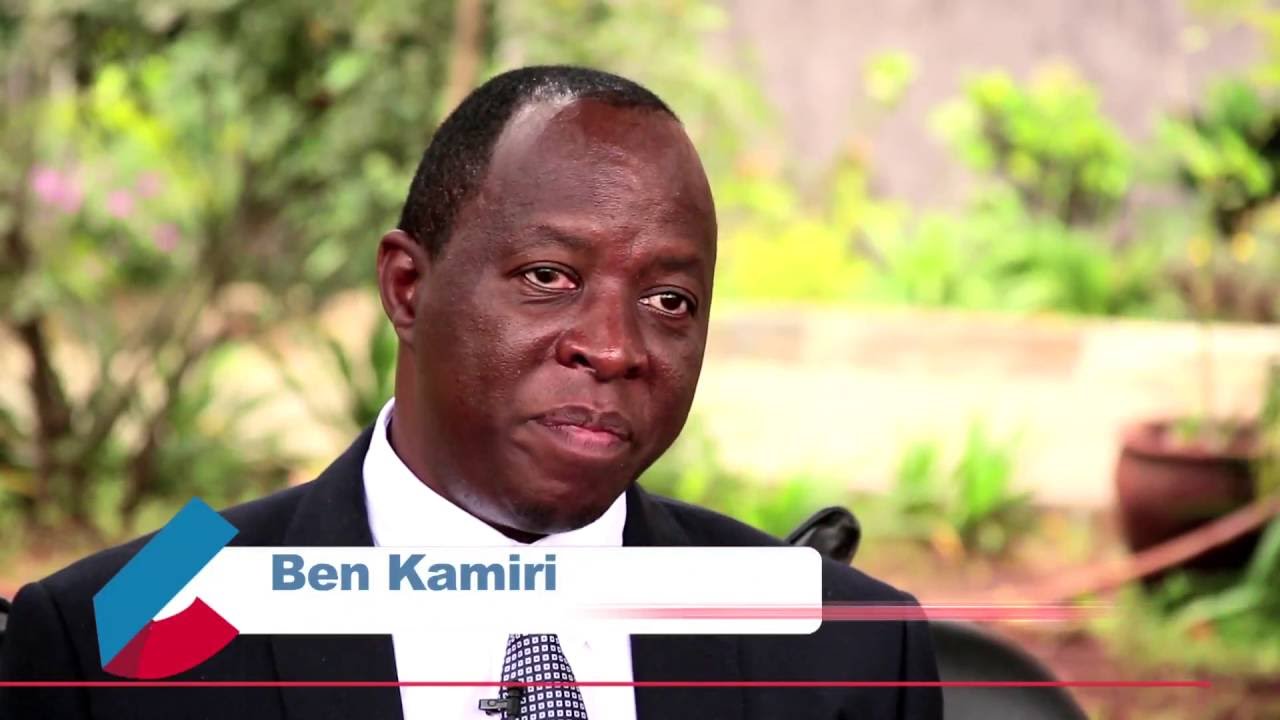 He loves innovation and where he cannot manage, he will vouch for a ready idea but handle it differently. In primary school, he was an eggs seller. In secondary school, he was a photographer courtesy of a Sh75 camera then. It was after high school that Ben Kamiri became a shopkeeper. He sold fruits and carvings as well. But ideas kept on growing until he later on founded a micro-finance bank that has shaped his entrepreneurial trait – settling where his mind, heart and soul is at peace. “I loved the idea of being liquid. My camera of Sh75 would help me make Sh5 per photograph while in high school,” says Mr Kamiri who founded Choice Microfinance Bank two years ago.

Tired of being “normal youth,” he left shop keeping to his brother in 1993 and went to Kenya Polytechnic (now Technical University of Kenya) where he pursued a higher diploma in Applied Chemistry for three years. Quality analyst Once through, he tried his hands on a laboratory work after being hired as a quality analyst but after two years, he thought it looked odd. Then an overseas scholarship came calling. In 1996, he went to Framingham State University in the US, then Framingham College for Biochemistry studies. “Unfortunately, I realised I wouldn’t stay in a lab coat anymore. I felt I was not born to be confined in a laboratory,” Kamiri he observed. While a broad, he spotted an opportunity: Kenyans in diaspora were in need of sending cash back home but did not have any connection with local banks. He wanted to act as the bridge. In 2004, he helped a friend secure mortgage through savings and loans at Kenya Commercial Bank (KCB). But that required his friend to open a bank account first. “This required one to go to his or her embassy to get authentication. That form needed to have a seal from Kenyan Embassy in Washington,” he recalls. There were no satellite consulate offices like now with one being at New York and California. This meant Kenyans living in the US had to make long and costly trips to get such approval. He approached KCB and requested the lender to make him their agent in the US. This would mean the bank giving him the authority to vet diaspora Kenyans who wanted to bank with KCB. “There was no any diaspora product in any bank. I exchanged emails with KCB on the potential market. They thought it was a dream and that the regulator would not permit such a thing. They agreed hesitantly,” recalls Kamiri.

Despite opening accounts for KCB, the lender did not see diaspora banking as a big opportunity. In fact, in 2007, when government took key figures in the Ministry of Finance led by former Minister Amos Kimunya to US, KCB team remained behind even as Equity Bank’s James Mwangi and Dyer & Blair Chairman Jimnah Mbaru boarded the planes. “The delegation discovered that Kenyans were eager to invest back at home. KCB was not focused as the Ministry came with the entire management team of Equity Bank. I clicked with Mwangi,” says Kamiri. He did not even have an office but begged a friend to give him part of his office as the address. With Equity Bank having listed on the Nairobi Securities Exchange in 2006 and hungry to grow its profile, all that Mwangi said after listening to Kamiri’s proposal was: ‘You do the work!’ He says the first year helped the bank open “tonnes of accounts” at a commission. And in 2008, when Safaricom floated Kenya’s biggest initial public offer on the Nairobi bourse, Drummond Investment Bank approached him to help enroll Kenyans in diaspora. Family Bank, a mid-tier lender, also yearned for a piece of diaspora pie. And he stepped in. But since there was no internet banking, customers demanded for more to be sure their money was safe. “They thought that since I was opening bank accounts for them, I also manage their accounts and so they wanted me to tell them the movements on their accounts,” says Kamiri. He was expected to be all-knowing. In 2009, Kamiri, alongside other Kenyans in the diaspora hosted Cooperative Bank in Boston. With its robust internet banking, Kamiri knew it would be an answer to his agency work, which at that time had slowed. “Everything went crazy. We were able to open tonnes and tonnes of accounts for Cooperative Bank since they could easily monitor their accounts online,” Kamiri told Financial Standard. Later on, Family Bank rolled out their internet banking and NIC Bank joined too. With demand growing daily, another problem came up – customer care service to respond to the queries was lacking. Mr Kamiri felt that banks were not doing much to respond to customers’ needs yet he was pushing much business to their side. The idea of opening his own bank hit his mind in 2010. He was willing to give up the $30 (Sh3,000) that he was earning per account he opened on behalf of banks and the 0.05 per cent on each successful mortgage. “They (banks) pushed me into the game. I called a few friends but the first set I picked did not respond well,” he says. The idea of convincing friends did not materialise for two years of trial as his friends were afraid to commit their money. But in June 2012, he took six of his colleagues from US to CBK in Nairobi to inquire on what it takes to open a bank. All he got from the conversation was that focus and discipline and not money would help him realise his mission. “The journey was rough. Without money, you are already a risk to anybody you tell that you want to start a bank,” he says. His team was targeting to raise Sh60 million – the minimum required to start a national micro-finance bank – but most of his team adopted a wait-and-see instead of committing the money. As a community leader in US and having started five Catholic Church ministries, he was banking on that trust to make people commit. He settled for a community microfinance – Choice Microfinance Bank with Sh20 million as seed capital. It opened its doors on July 1, 2015 in Rongai, Kajiado as the 11th microfinance bank in Kenya. “We started the bank because of local financial institutions who were offering diaspora products but did not care much about customer service,” he says. To date, the microfinance bank has 5,400 active account holders with Sh80 million as deposits. It has so far loaned out Sh50 million and is raising Sh60 million capital to get national license and set up more branches in Nairobi, Nakuru, Thika, Eldoret and Machakos. Channel cash Mr Kamiri is optimsitc of growing the microfinance bank as the preferred window for diaspora remittances. His team has started a company which will work closely with Choice microfinance for that. It has got approvals in US but is awaiting CBK nod. “We will help Kenyans in the diaspora channel their money back home cheaply, conveniently and safely,” he says adding that he is ready to take on giants like MoneyGram. Recently, the bank rolled out visa card in partnership with Cooperative Bank to help customers to bank money from any financial institution in the country. Mr Kamiri told Financial Standard that the bank is also working on a mobile and internet banking service to allow customers to easily access services such as bills payment, creation of standing orders, checking of loan amortisation schedules and ordering of cheques. Using friends, the bank has mapped out locations of many Kenyans in the diaspora and now boasts of investors living in the US, Germany, UK, China, Canada, Dubai, Qatar, Japan and South Africa among others. Kamiri, now 46, is optimistic that he can leverage on technology, innovation and diaspora backing to create disruption in the banking sector.
Source: https://www.standardmedia.co.ke/

Ben Kamiri Choice Microfinance Bank Founder  Bio-chemistry graduate who found fortune in aiding diaspora investors He loves innovation and where he cannot manage, he will vouch for a ready idea but handle it differently. In primary school, he was an eggs seller. In secondary school, he was a photographer courtesy of a Sh75 camera then.