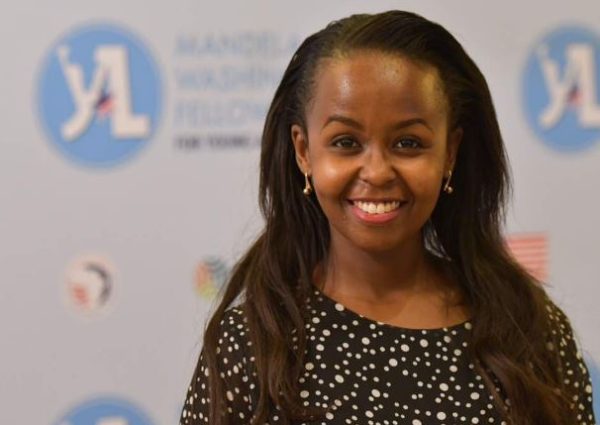 Betting against the ‘charcoal culture’ in Kenya has been hard, which Chebet says, is so ingrained in people that an alternative is almost unthinkable / ALLAN GICHIGI

Nairobi — Chebet Lesan did not imagine that a trip to the foot of Mt Kilimanjaro would make her quit a stable corporate job to start her own business.

Never in a million years had the trained industrial designer and now a social entrepreneur ever thought that she would establish a business in green energy, which would open unimaginable doors for her including getting recognition from Queen Elizabeth II.

The 27-year-old had traveled to Tanzania for work when she saw how forest cover at the foot of the mountain had been depleted as the appetite for charcoal grew.

“The forest there was well on its way to becoming extinct due to charcoal burning activities conducted there. That sight horrified me. It also stirred something in me that I did not think existed,” Chebet, a 2016 Mandela Washington Fellow says.

Upon returning, Chebet took over eight months toying with an idea; how to use alternative methods of making charcoal without the use of timber.

After conceptualizing the idea with the help of her friends, Chebet formed BrightGreen Renewable Energy, a social enterprise that uses various forms of waste such as agricultural and paper waste to make charcoal.

“We collect waste from shambas and markets, which we usually burn through a process called carbonization. This then turns into a material called char, which is a black powder with the same properties as charcoal. We then compress this powder into blocks to form charcoal.”

Sourcing the Sh1.5million that she used to establish the company was not an easy feat. Neither was establishing an enterprise in a field that is predominantly male with no prior experience.

There were also other operational challenges that Chebet had not anticipated.

For instance, making her family understand her decision to quit her job; “explaining to my family that I was leaving my job to go make charcoal, that does not use timber but uses garbage waste was also not easy. However, they have warmed up to the idea and are now my biggest supporters.”

Betting against the ‘charcoal culture’ in Kenya has been hard, which Chebet says, is so ingrained in people that an alternative is almost unthinkable.

“However, once our target market understands what we have to offer, which is a combination of cheaper soot-less charcoal, the reception becomes very good.”

The charcoal has also been well received because of what Chebet considers to be its cost effective nature – a 35KG sack of traditional charcoal is sold at Sh1,600 and includes a lot of waste, especially at the bottom. “We sell a 50KG pack of charcoal at Sh1,500, that consists of pure charcoal, with no form of waste.”

Apart from household consumers, the charcoal has captured a market that Chebet had not initially anticipated when she was launching – companies.

Kenya: Garbage-to-Charcoal Venture Earns 27-Yr-Old Entrepreneur a Date With the Queen Reviewed by samrack on July 5, 2017 .

Betting against the ‘charcoal culture’ in Kenya has been hard, which Chebet says, is so ingrained in people that an alternative is almost unthinkable / ALLAN GICHIGI Kenya: Garbage-to-Charcoal Venture Earns 27-Yr-Old Entrepreneur a Date With the Queen By Margaret Njugunah Nairobi — Chebet Lesan did not imagine that a trip to the foot of