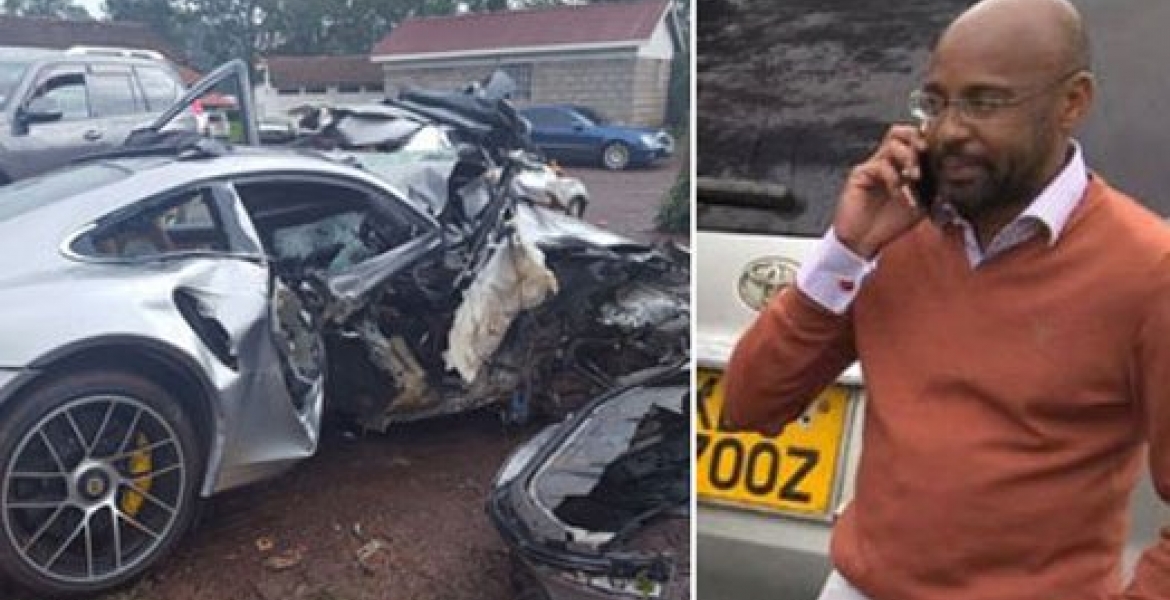 Billionaire media mogul SK Macharia’s son, John Macharia was on Tuesday cremated ahead of his final sendoff later this week.

Nairobi News reports that the businessman was incinerated at the Lang’ata Cemetery Crematorium in a session only attended by family members and close friends.

A funeral service was held at his father’s home in Murang’a on Thursday. John passed away at the Karen Hospital on Thursday night after being involved in a freak accident along the Southern bypass in Nairobi. His passenger survived.

John was reportedly over speeding when he lost control of his Porsche 911 Turbo S 2016 car at around 11pm.

SK Macharia owns Royal Media Services, which runs Citizen TV, Inooro TV and over 10 FM radio stations. Until his demise, John was the director and founder of Triple A Finance and Direct Line Assurance.

He becomes the second high profile individual in Kenya to be cremated in a week after second liberation hero Kenneth Matiba. Matiba was incinerated last Friday at the Lang’ata crematorium.