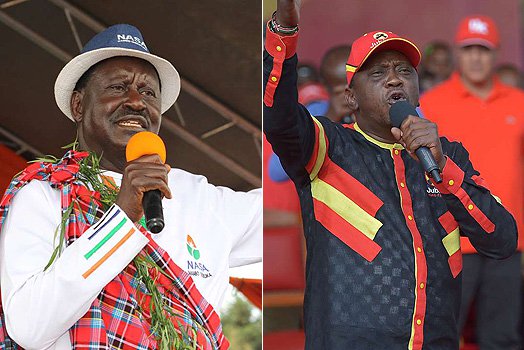 By JAMES KARIUKI
A local betting firm will refund subscribers after calling off its election-related Sh19 million jackpot lottery as regulators declined to approve its premium mobile text service.

Proponents of Uchaguzi Lotto said its premium USSD number *803# had been denied licence making it hard for Kenyans to place bets on Kenya’s next president.

“We strived to overcome the challenges by involving the regulatory authorities, but we have been unsuccessful in resolving the said challenges in good time to proceed with the lottery,” the firm said in a newspaper advert.

It said mobile phone operators had accepted to participate in Uchaguzi Lotto where each bet was priced at Sh50 between July 21 and Tuesday, they were unable to proceed.

Players were to dial the *803# and register for the bet, after which they would choose probable winners for presidential, gubernatorial, women representatives, MPs as well as senatorial race.

The firm promised clients that all monies received through its bank account would be refunded together with transaction fees.

The firm defended Uchaguzi Lotto competition saying it was aimed at enhancing voter awareness as well as increase turnout Tuesday.

It had pledged to spend a large chunk of the proceeds on peace initiatives across Kenya.

However, it did not reveal the amount of money received and the number of players in the month-long fete that started on July 21 expected to run till August 8th.

The statement said more competitions will be planned in the near future.