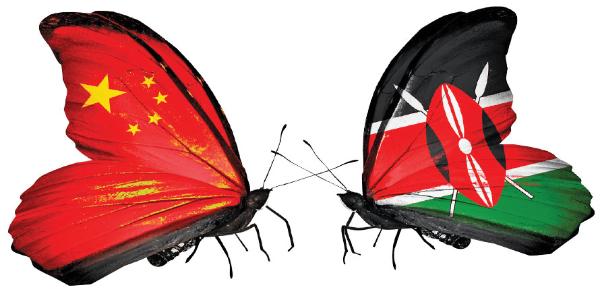 Beijing gobbled up nearly half of cash Nairobi spent on external debt repayment in three months ended September 2017, hinting at the cost of loans China has been injecting into the country’s infrastructure development.

The Treasury spent Sh12.72 billion on servicing loans from China in the July-September period its statistics show, accounting for 48.26 per cent of what the country used on servicing foreign debt.

The amount paid to Nairobi’s largest bilateral lender represented 70.69 per cent of the Sh17.99 billion total repayments to bilateral creditors in that period, Treasury data indicates.

The bulk of the debt accumulated in recent years has been foreign loans, which made up 51.4 per cent of the total debt last November at Sh2.36 trillion – Sh140 billion shy of the Sh2.5 trillion limit passed by the National Assembly in December 2014.

The Treasury has budgeted for Sh658.2 billion, or 45 per cent, of projected Sh1.44 trillion tax revenue for payment of domestic and external loans in the current financial year which ends in June. The space for Nairobi to borrow through World Bank’s IDA’s long-term, low-cost credit window for Least Developed Countries (LDC) has been diminishing since 2015.

“Kenya continues to record declining levels of concessional debt and build-up of commercial and semi-concessional borrowing since its elevation to a lower middle income economy status in September 2014,” the Central Bank of Kenya has reiterated in its latest Quarterly Economic review report for the July-September 2017 period.

Loans from IDA and International Fund for Agricultural Development (IFAD), which are usually long-term and concessional, stood at $5.13 billion (Sh517.05 billion) last September, 18.22 per cent growth over $4.34 billion (Sh437.43 billion) the year before.

There has been sharp rises, however, in loans procured from foreign commercial banks and China since the economic rebase in September 2014.

Loans from China largely have concessional and commercial portions. The spike in debt contracted from China underlines the active participation of the East Asia’s powerhouse in Kenya’s infrastructure development-led growth strategy.

China’s influence on the country’s infrastructure development started in earnest with construction of the Thika Superhighway between January 2009 and November 2012 at a cost of nearly Sh32 billion during the last term of President Kibaki.

There has been no looking back ever since with China’s State-run firms bagging the lion’s share of Kenya’s mega construction projects such roads and bridges.

The deals included the extension of SGR to border town of Malaba at a cost of $5.4 billion (Sh544.27 billion) under the Kenya SGR Developments Project signed in March 2016, which was topped up with $240 million (Sh24.19 billion) pact to electrify the Mombasa-Nairobi line.

Consultancy and audit firm Deloitte said in Africa Construction Trends Report 2017, released in Nairobi on February 6, that China was the “most prolific funder of large-scale” projects, building one in four projects in East Africa.

“I think there is also an element of a political statement behind it. They may be filling a vacuum from traditional western powers which may be withdrawing, and the Chinese have decided that East Africa is an important investment destination,” Deloitte Africa infrastructure and capital projects leader Jean-Pierre Labuschagn said.

Kenya’s continued reliance on foreign debt to finance her mega infrastructure projects to support economic growth has seen the Treasury procure a three-year $1.5 billion (Sh151.19 billion) standby facility from the IMF as a precaution against foreign exchange risk – the possibility of the shilling becoming adversely volatile.

The precautionary money, which was to be drawn in case there were elevated pressure on the shilling, expires in March and is likely to be renewed. The International Monetary Fund extended the cash on, among others, a condition that the Treasury institutes spending cuts which would result in reduced borrowing to fill the hole in the budget.

“We believe that the fiscal deficit is too high and, therefore, also debt accumulation has been too fast,” IMF resident representative Jan Mikkelsen said on February 7.

“We are happy that the government in the Budget Policy Statement (BPS) do indeed target a lower deficit in the coming years. And now we just need to discuss the specific measures to get this.”

A section of economists have, however, suggested that the State should cut its heavy investments in infrastructure development in favour of agribusiness and manufacturing.

This, Stanbic Bank economist for East Africa Jibran Qureishi argued on January 18, will ensure infrastructure capacity created over the years is put to efficient use.

“We are not saying that infrastructure is bad. What I mean by this is that we have to form an industrial policy that will seek to improve the productivity of labour in sectors such as agriculture and manufacturing,” Mr Qureishi said.