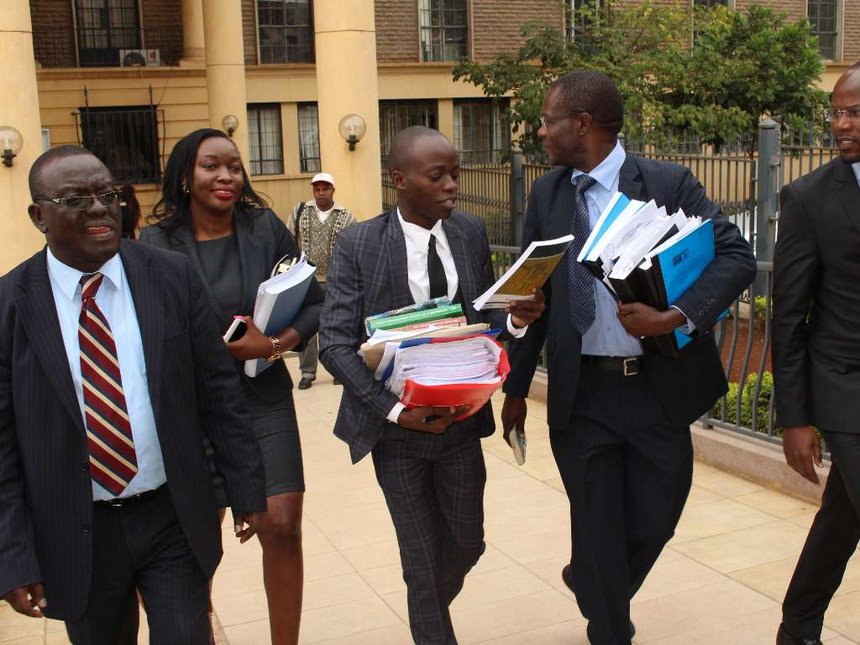 Political parties have been urged to stop intimidating the Supreme Court concerning the presidential petition.

NCIC chair Francis Kaparo on Friday asked Kenyans to remain patient as they wait for the petition’s outcome.

“When the Supreme Court finally makes a decision, we must all obey and go about our businesses,” Kaparo said at a press conference.

Raila is disputing the August 8 presidential election results in which Uhuru won with 8,203,290 votes against his 6,762,224 votes.

He dubbed Uhuru and DP William Ruto computer-generated leaders and accused the IEBC of favouring them in the election.

“We are therefore asking Kenyans to wait patiently and calmly for the outcome.”

His message follows a warning by the Judiciary and Law Society of Kenya for interested parties and members of the public to be careful about the statements they issue while the court handles the matter.

Meanwhile, the NCIC boss has asked governors to follow the law in the restructuring of the county public service.

This follows reports that some governors have fired several members of county staff who allegedly did not support them during campaigns.

“We strongly condemn any kind of victimization and discrimination on the basis of political alignments and wholesale condemnation of public officers already serving,” Kaparo said.

He said new appointments to county positions should be in line with the constitution and Section 65 of the County Government Act 2012.

The Act requires that public appointments must be done to reflect a national outlook.

It states that at least 30 per cent of vacant posts are filled by candidates from disadvantaged and minority ethnic communities in the county.

“Further, the Public Service Recruitment and training Policy 2005, provides that openness and transparency shall be overreaching principles in the recruitment, training and promotion in the public sector,” Kaparo said.

Section 3 and 4 of the National Cohesion and Integration Act outlaws ethnic discrimination of any kind.

Section 7(1) of the same Act requires public institutions to make appointments that represent the diversity of the people of Kenya.

“Generally, the commission is so far satisfied with the peaceful transition in many counties where swearing in of new governors has taken place,” Kaparo said.

He emphasised the need for the president who will be sworn in to embrace inclusivity in his appointments to help foster national healing and reconciliation.