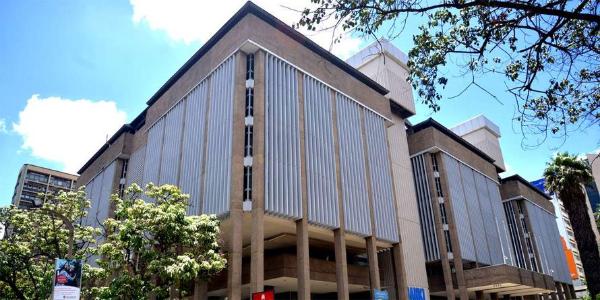 Banking sector regulators on the spot over NYS dirty cash

The Central Bank of Kenya (CBK) and the State anti-dirty cash watchdog, the Financial Reporting Centre, are  in a tight spot yet again as details of the multi-billion scandal at the National Youth Service continue to emerge.

Preliminary findings in the Sh9 billion fraud claims at the youth agency, according to police accounts, show that multiple payments running into tens of millions of shillings were authorised from the Integrated Financial Management Information System (IFMIS) to the involved companies’ accounts at intervals, releasing the whole amount in less than an hour after it was asked for.

This raises the red flag on whether commercial banks involved reported any suspicious transactions to the CBK and the FRC, and if so, what regulatory action the two agencies took to stem the payments.

CBK Governor Patrick Njoroge through his office and the head of the FRC Saitoti Kimerei Maika had not responded to our inquiries on the matter by the time we went to press.

The pair is, however, expected to shed light on any breach of regulatory oversight when they  face the parliamentary watchdog committee in coming days over their agencies’ role in failing to prevent the alleged multibillion shilling fraudulent payments by NYS.

“We shall summon all of them in addition to any other person or authority we feel has useful information for the committee’s ongoing inquiry,” parliamentary Public Accounts Committee (PAC) chairman Opiyo Wandayi said on Friday.

The Proceeds of Crime and Anti-Money Laundering Act (2009) empowers FRC to receive, analyse and interpret reports of usual or suspicious transactions in Kenya’s banking system.

Analysts, however, say while laws and regulations which require banks to conduct checks to detect the proceeds of graft are in place, many lenders are flouting them with no consequences.

In any case, the Sh20 million fine, they say, is peanuts to major players.

“Many banks will not take rules designed to prevent corruption and other crimes seriously. Corrupt officials will continue to plunder state assets, tax cheats will carry on evading their taxes, and other serious criminals will continue committing their crimes, knowing that they can use banks to get away with it,” said damning findings of a 2015 global report by campaign group, Global Witness titled Banks and Dirty Money.

The report stated that banks look the other way, leaving the door wide open for corrupt individuals to launder funds.

It added that since the prospect of rogue bankers going to jail for banking malpractices in Kenya has for a long time remained a mirage, there are adequate incentives for lenders at the institutional level to deal with “dirty corruption money on a large scale”.

Mr Shaw said the key issue is compliance, adding that the buck stops with both lenders and regulators. Enforcement of existing laws, he said, would stop banks from acting as corruption conduits.

“The CBK monitoring process has not been as strong as it should be. It should be made very clear to banks themselves that they must report anything that they regard as potentially irregular. The fact that huge corruption money is hidden in banks means some banks are seeing it,” said Mr Shaw in an earlier interview with the Nation.

Nairobi-based financial analyst Aly Khan Satchu said the edict from the Central Bank where customers are required to clearly explain cash deposits and withdrawals of at least Sh1 million if enforced to the letter, would deal corruption cartels a blow.

“It’s clear that banks have a duty of care in this regard. If this new regulation is implemented without fear or favour then I am sure the deluge of ill-gotten proceeds going through the system will come to an abrupt stop. It seems to me it is no longer a question of rules and regulations, it is now a question of enforcement, pure and simple,” said Mr Satchu.

“Ill-gotten gains are more than willing and able to subvert enforcement. That’s a challenge,” he added.

The Kenya Bankers Association (KBA) chief executive Habil Olaka has, however, come to the defense of commercial banks saying they are not to blame for rampant corruption and other malpractices.

“Banks do their due diligence in reporting suspicious transactions to the Financial Reporting Centre. Banks have also sanctioned any of their employees found culpable in abetting financial crimes. But still these are isolated cases,” said Mr Olaka.

Mr Olaka said in the earlier interview that beyond the law, relevant agencies have to collaborate more to address corruption: “We all need to work together to end the menace. This should be a joint approach,” he said.

According to the law, all financial institutions including banks, insurance companies and saccos are required to file reports on crimes such as money laundering, terrorism financing, proceeds of crime such as piracy, organised crime, bribery and all suspected illicit cash flows to FRC.

Bank executives and persons who are convicted for handling illicit cash face a Sh1 million fine, and a three-year jail term, while institutions including banks, credit unions facilitating such deals are slapped with a Sh20 million fine on conviction.

There was a glimmer of hope that rogue financial institutions would be dealt with after President Uhuru Kenyatta in 2015 ordered unprecedented tough new sanctions against individuals and institutions who flout anti-laundering laws. The penalties included loss of licence for banks found culpable.

In his address to the nation from State House Nairobi in 2015 where he outlined unprecedented measures to re-invigorate the war on corruption, President Kenyatta said:

“I have met with the governor of the Central Bank, and with the Head of the Financial Reporting Centre, to discuss and agree with them how we can ensure the banking system is not used to launder the proceeds of theft and fraud.  From today those banks that break our anti-money laundering laws and regulations will, at a minimum, lose their banking licences.”

The President then also warned that it would not be business as usual as the rank and file in the banking industry will be forced to pay the penalty in the wake of such malpractices.

“The directors and senior officials of such (rogue) banks are now on notice that they will be pursued relentlessly, individually and collectively, in accordance with the law, should they succumb to the lure of breaking our anti-money laundering laws and regulations,” Mr Kenyatta said.

Hot on the heels of the directive, CBK in 2016 wrote to lenders instructing them to have their customers complete forms explaining the nature of any large cash transactions involving Sh1 million or more. Banks would subsequently rush to comply with the CBK directive as the regulator tightened the screws on money laundering and illicit money transfers.

Additionally, customers will have to state the use of the money, who are the direct and indirect beneficiaries of the money. In August 2016, the CBK said it had slapped three commercial banks with a fine totalling Sh3 million for failing to report suspicious transactions relating to the Sh791 million NYS scandal.

Banking sector regulators on the spot over NYS dirty cash The Central Bank of Kenya (CBK) and the State anti-dirty cash watchdog, the Financial Reporting Centre, are  in a tight spot yet again as details of the multi-billion scandal at the National Youth Service continue to emerge. Preliminary findings in the Sh9 billion fraud claims