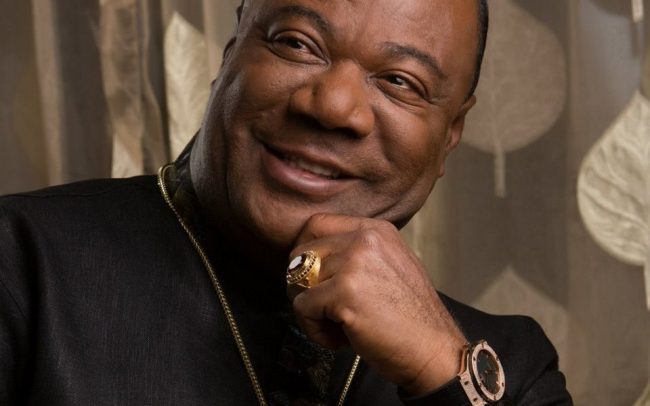 On September 11, 1938 in Benin City, Nigeria, Benson Andrew Idahosa was born to pagan parents. In his infancy, he fell in and out of sickness and was dumped on a refuse to die upon strong demands of his father when he was just 18 months old.

He was a sickly infant who was always fainting.

As a result of his constant illness his father ordered the mother to throw him in the dust bin. When he was eighteen months old he was left on a rubbish heap to die.

Later, he was sent away by his father to work in a farm as a servant and as result did get the opportunity to enjoy education until he was 14 years old; a very irregular education that was due to the financial status of his parents.

When he grew older, he took certain courses from Britain and USA while working in Bata Shoe Company. During a football game one Sunday, he got converted by Pastor Okpo and became very zealous in soul winning and village outreaches.

In a night vision, the presence of the Lord filled his room and a voice spoke from Heaven to him, calling him to spread the Gospel around the world and that he will be backed by signs and wonders.

To this he replied that he was willed and stayed up all night praying, renewing his vows to the Lord and interceding for souls yet to be touched by the message of Salvation.

He moved into ministry work afterwards, preaching from village to village and more souls were won for Christ as well as the sick were healed.

Before 1971, he has founded the Church of God Mission International Incorporated making its headquarters in Benin City, Nigeria and had established over 6,000 churches in Nigeria and Ghana with each having huge congregations.

He was the president of All Nations for Christ Bible Institute, Idahosa World Outreach and Faith Medical Centre.

He also held positions in numerous organizations like the College of Bishops of the International Communion of Christian Churches and Oral Roberts University in Oklahoma as well as the Archbishop of Church of God Mission.

Archbishop Benson Idahosa earned a lot of degrees and a diploma in his lifetime showing his success both in Academia and Ministry. He was a father of four and husband to Margaret Idahosa.

Soul winning was his passion and he went to great lengths to achieve that by holding Crusades where many were saved, delivered and healed. According to his wife, he died on March 12, 1998 during a lunch meeting with a team from Oral Roberts University.

He was seen thanking the Lord and the team followed suit and it was in that moment that he passed on.

Arise in the name of the Lord Jesus Christ.’ All Glory to God! Rest in Enternal Peace.

Archbishop Benson Idahosa Biography On September 11, 1938 in Benin City, Nigeria, Benson Andrew Idahosa was born to pagan parents. In his infancy, he fell in and out of sickness and was dumped on a refuse to die upon strong demands of his father when he was just 18 months old. He was a sickly infant