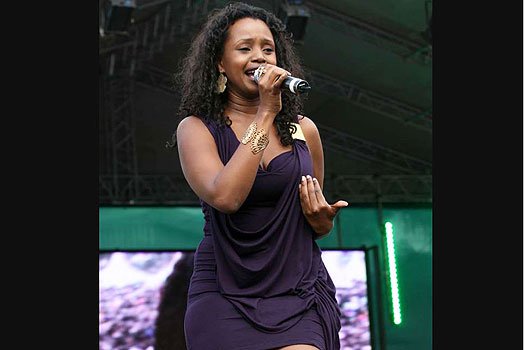 By CHAD KITUNDU
Songbird Cecilia Wairimu, better known by her stage name Amani, on Thursday took to social media to announce that she had turned a new leaf.The veteran musician said she had given her life to Jesus.

It’s been over a year since she got saved.

“I have turned a new leaf. I am now born again. I count all joy,” she wrote.

The Kizunguzungu singer also shared a poster of an old Insyder magazine dated 2009 in which she graced the cover.

Reminiscing about how far she has come, she added, “Circa 2009…on the cover of the Insyder magazine…started that journey at an early age of 18…by this time I had gotten the hang of it. My passion for music thrust me into an Entrepreneurial world…was looking at a notebook the other day that had scripts, budgets, marketing plans…yes for my music. We just don’t wake up and sing.”

She follows other veteran musicians who have switched from secular music to gospel.

Linet Munyali, aka Size 8, got saved four years ago and is now having a successful career as a gospel musician.

Another veteran musician Wahu had in November 2017 announced that was also turning to gospel music. She went ahead to release a new gospel song called Sifa.

Last year also saw Cece Sagini jump ship to the gospel industry, saying it has been a long time coming.

Amani music career started after she signed a record deal with Ogopa Deejays in 1999 but has been missing from the music scene for years now.

Share thisFacebookTwitterPinterestEmailWhatsAppSinger Amani on stage. PHOTO | FILE AMANI TURNS A NEW LEAF, SAYS YES TO JESUS By CHAD KITUNDU Songbird Cecilia Wairimu, better known by her stage name Amani, on Thursday took to social media to announce that she had turned a new leaf.The veteran musician said she had given her life to Jesus.