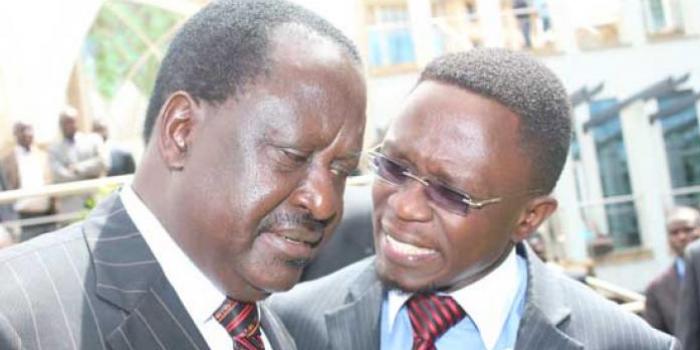 Mr Odinga had on Monday announced that he would meet Namwamba together with other MPs from Western Kenya to discuss their grievances.

According to Namwamba, the ODM leaders and members should first give him the respect he deserves before agreeing to any meeting.

The Bundalangi lawmaker stated that he commanded a huge following among supporters of the party and some of the ODM leaders were ignoring that fact.

Secondly, the embattled official added that ODM as a party was a mess and nothing had been done to address the issues. Namwamba demanded the problems looked into before meeting Odinga.

“Some leaders are obsessed with me for skipping party activities. On Monday while inBusia, area Senator Amos Wako was not available but nobody realised that instead noted that I was the only one absent. That is a clear indication that the party is facing deeper problems that should be addressed before moving ahead with any talks,” said Namwamba.

The MP expressed that the reason he was facing so much opposition was because of alternative ideas he had been trying to put across. Therefore, he would only agree to the talks if the environment allowed his ideas be put on the table.

“In the party, nobody is allowed to give alternative ideas, the moment you do that then you are an enemy. What I’m championing for is an environment where my ideas can be tolerated,” added Namwamba in an interview with Radio Maisha.

Ababu Hits Raila With 3 Conditions Before Talks Reviewed by samrack on June 29, 2016 .