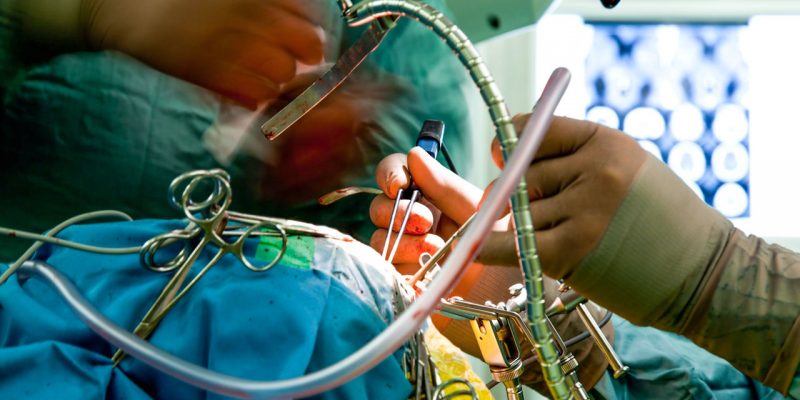 Awake craniotomy, which is considered a revolutionary procedure, was done for the first time at the Nairobi Hospital recently.

It is a fascinating surgery used to remove brain tumours where the patient remains awake throughout the entire procedure.

As technology advances, surgeons are relying on specialised procedures, like awake craniotomies, that are still risky, but can lead to a better outcome and also reduce the risk of injury to the brain.

Awake craniotomy, which is considered a revolutionary procedure, was done for the first time at the Nairobi Hospital recently.

Neurosurgeons can also track the patient’s neurological state, which means they can remove brain tumours that would otherwise not be safely removable.

The surgical term for opening one’s skull to literally tinker with the brain, with the objective of eventually curing what ails it is known as a brain surgery or craniotomy. During the surgery, a part of the skull is removed to access the brain underneath. It has been successfully used to remove brain tumours.

Awake craniotomy involves a technique that allows a surgeon to remove a brain tumour while the patient is fully awake, in order to reduce the risk of damage to eloquent areas of the brain.

Awake craniotomy can be used in various brain tumours, both benign and malignant. It can also be used for epilepsy surgery to remove tissue causing seizures, without damage to overall function of the brain.

The surgery was led by neurosurgeons Aamir Qureshi and Mahmood Qureshi, and the services of an anaesthetic specialist and assisted by a nursing team, led by Shamim Haji.

After achieving local anaesthesia, administered to various parts of the head, Dr Mahmood pointed out that it was necessary to keep this patient awake during the procedure and assess them using their ability to speak and answer questions or by asking them to name objects, as well as move the arm or leg controlled by the brain near the area being operated upon.

If an area is stimulated and the patient is unable to move their limb or loses ability to speak or count, the neurosurgical team will know that they are operating near an important area of the brain, and avoid any damage to it.

Dr Qureshi pointed out that this was possible due to the world-class technology available at The Nairobi Hospital, such as Intra-Operative Ultrasound evaluation, Neuronavigation (which is a kind of GPS system guiding the team during surgery) and Neuromonitoring technology and the trained specialists who are part of the team. These excellent facilities played a vital role in ensuring the success of the awake craniotomy surgery conducted on October 26.

Dr Qureshi noted that brain tumours should no longer be considered a taboo. He assured patients that such brain tumours can be dealt with efficiently and safely within the country.

A first as brain surgery done on awake patient at Nairobi Hospital Reviewed by samrack on December 9, 2020 .

Share thisFacebookTwitterPinterestEmailWhatsAppAwake craniotomy, which is considered a revolutionary procedure, was done for the first time at the Nairobi Hospital recently. A first as brain surgery done on awake patient at Nairobi Hospital What you need to know: The surgical term for opening one’s skull to literally tinker with the brain, with the objective of eventually