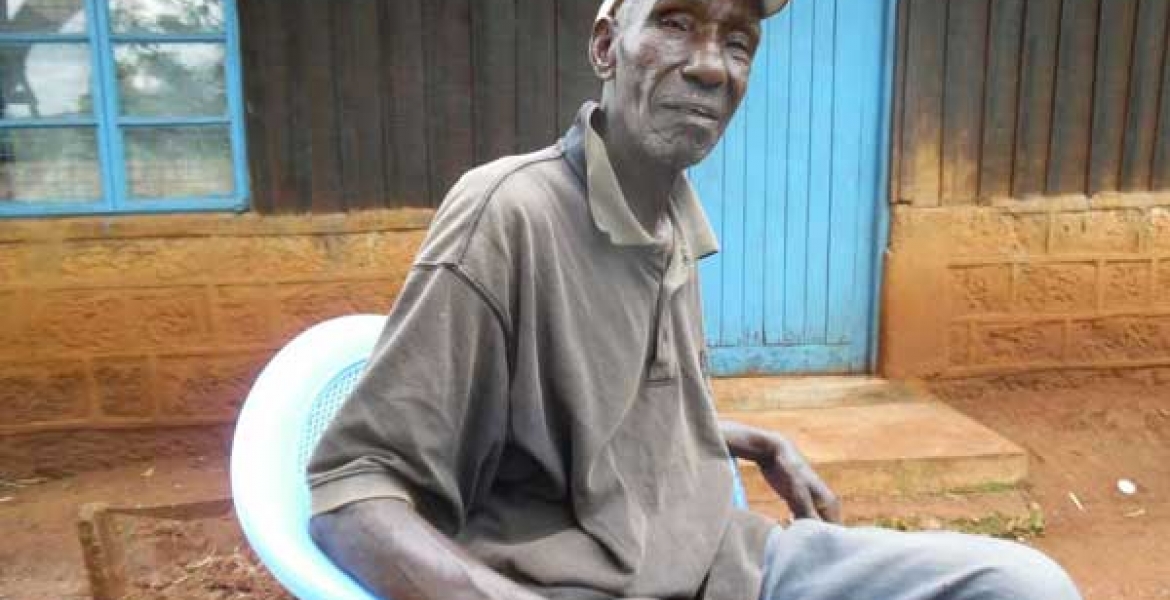 A 78-year-old man from Nkabune, Meru County is in a fight with his family after he vowed to sell all his property and channel the funds to President Uhuru Kenyatta’s re-election campaign.

Zablon Mukiira said that he has been voting in the general elections since 1970s and has taken the move took over what he said is a threat posed to Uhuru’s reelection by the opposition.

Mikiira has notified his family that he intends to sell a bull and three sheep to campaign for President Uhuru across Meru County. He further revealed that will also be selling a prime plot worth 10 million shillings in the outskirts of Meru Town should he run out of cash before accomplishing his mission, after realizing that opposition coalition candidate Raila Odinga is enjoying significant support in the region.

“I will sell my only bull at Sh40,000 and three sheep at Sh25,000 to campaign for the president because I feel some people don’t want to vote for him. I believe in his leadership because he has done a lot for us in the last five years. I will move from village to village to tell the people what the Jubilee government has done,’’ Mukiira said.

His family has however, objected the move and has asked their father not to sell the properties and leave them poor.

“We are afraid that our father will make true his threat because he has been asking us to look for buyers. If he succeeds to sell the livestock, he is likely to auction the plot too. He is not ready to listen to anyone including fellow elders,” said Gregory his son.

“A former top government official has been asking my father to sell the land but he refused. Now that he is obsessed with campaigning for the president, he might let it go,” Gregory lamented.

Mukiira maintained that he does not care who wins in the local contest, so long as President Uhuru is re-elected.

“The president has completed the standard gauge railway, increased electricity connectivity and supported free primary education. He has also introduced free maternity which enabled my daughters-in-law to give birth for free in public hospitals. I also get a monthly stipend from the government,’’ he said.

78-Year-Old Man Plans to Sell Sh10 Million Property to Campaign for President Uhuru A 78-year-old man from Nkabune, Meru County is in a fight with his family after he vowed to sell all his property and channel the funds to President Uhuru Kenyatta’s re-election campaign. Zablon Mukiira said that he has been voting in the