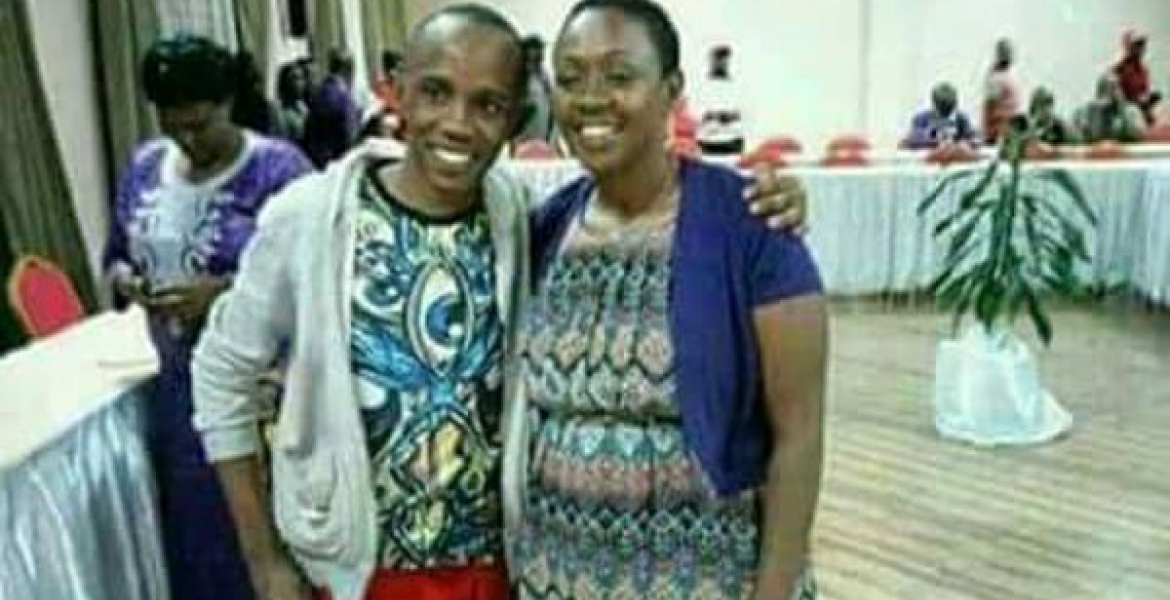 A young man who was wrongly identified as Waziri Benson Chacha, the suspect behind a con scheme targeting MPs and top government officials, after a photo of him with Murang’a Woman Representative Sabina Chege went viral on the internet has given his side of the story.

In an interview with Daily Nation, Samuel Wanjii opened up on his relationship with Ms Chege following claims that the two were in a secret ‘love’ affair.

Wanjii said he was part of the youth team that steered Chege’s election campaigns during last year’s general election, where she was reelected. He said the photo was taken at Great North Resort in Makuyu, Murang’a County, where Chege’s campaign team organized a bash after she recaptured her seat.

The 22-year-old said he only learnt that the photo was being circulated on the social media from a member of a church he worships at. He is the chairman of a men’s group and the youth leader at his church and says the photo has caused him so much anguish.

“Some of my relatives condemned and accused me of embarrassing the family members who are God-fearing,” he said.

Some of his friends and former classmates called him demanding to have a share of the money he had extorted from VIPs. He says he was forced to lock himself in his house the entire day as area residents would stare at him wherever he went, while others branded him ‘Chacha wa Murang’a’ and ‘Ben Ten’.

Others coined a narrative that the shop he operates in Murang’a was opened courtesy of Ms Chege. He reported the allegations at Murang’a Police Station, but he did not find help as cops warned him that if investigations link him to the con scheme, he would be arrested.

“I was so depressed and did not know what to do, I just went back to my house,” he said.

His girlfriend has since abandoned him.“Even after the arrest of Mr Chacha she has not responded to my text messages and calls.”

He said he is thinking of taking legal action against blogger Cyprian Nyakundi, who has continued to flame him even after the real Chacha was arrested and taken to court.

Young Man in Murang’a Woman Rep Sabina Chege’sViral Photo Speaks A young man who was wrongly identified as Waziri Benson Chacha, the suspect behind a con scheme targeting MPs and top government officials, after a photo of him with Murang’a Woman Representative Sabina Chege went viral on the internet has given his side of the