Tens of thousands of marchers wearing pink hats, waving homemade signs, and chanting “This is what democracy looks like!” hit the streets of Boston Saturday afternoon to protest the election of President Trump. Pic:Sam Mwaura/Samrack Media

Mayor Walsh, Sen Warren  were both in attendance

January 21st 2017,will go down in history when thousands upon thousands of women in unity took to the streets of Boston to show  solidarity with communities most affected by the hate,intolerance and acts of violence being perpetrated  through out the nation.

Among many are communities of women,immigrants,people of color,and people with disabilities.

This took place on the day after the inauguration of President Donald J Trump where people from all over Massachusetts and hundreds of thousands of Americans from other cities,towns and schools across the nation and the World marched together in sister marches.

Stating we stand for religious freedom,human rights,climate justice,racial justice,economic justice and reproductive justice.Together,we will send a message to our leaders and the World that the United States of America stands for values of human decency,equal rights and freedom from discrimination.

The mayor’s office said as many as 175,000 people attended the day’s events, covering much of the Common from the Frog Pond to Tremont Street. Due to the volume of the crowd, people could not physically get off the Common on to the march route.

Police Commissioner William Evans said the streets in and around the Common have been reopened. “Thanks again to everybody for a safe, successful day,” Evans said.

Boston Mayor Marty Walsh gave powerful remarks during the rally, saying Massachusetts will fight back against the Trump administration. “We are going to be the first state in the country to fight back on Washington when they start to go after different things that affect different people,” Walsh said.

Senators Elizabeth Warren and Ed Markey urged the crowd to fight back against the Trump administration. “We can whimper. We can whine. Or we can fight back,” Warren said. 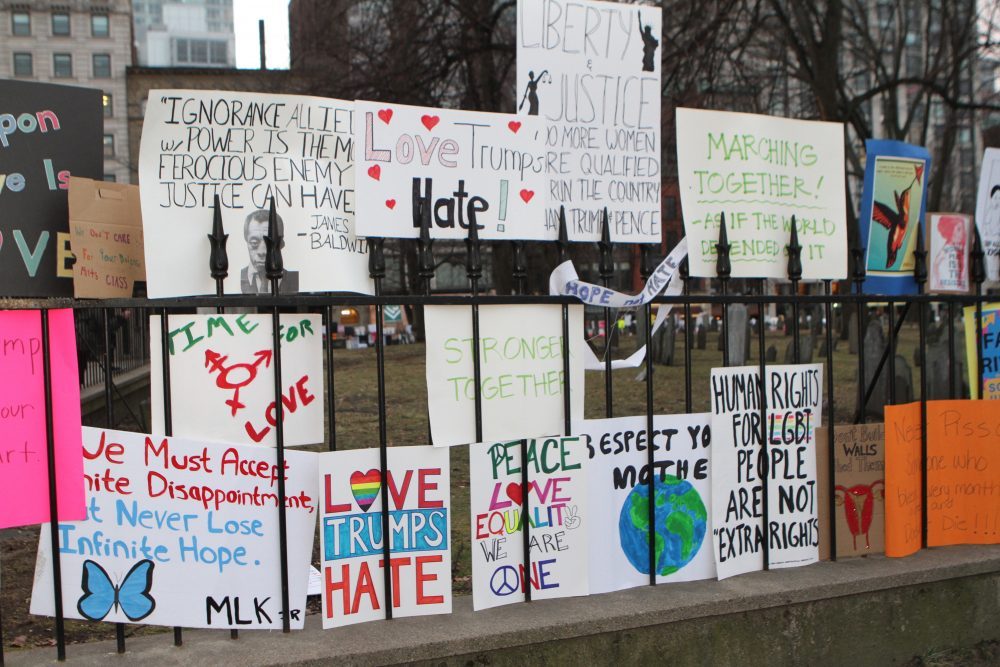 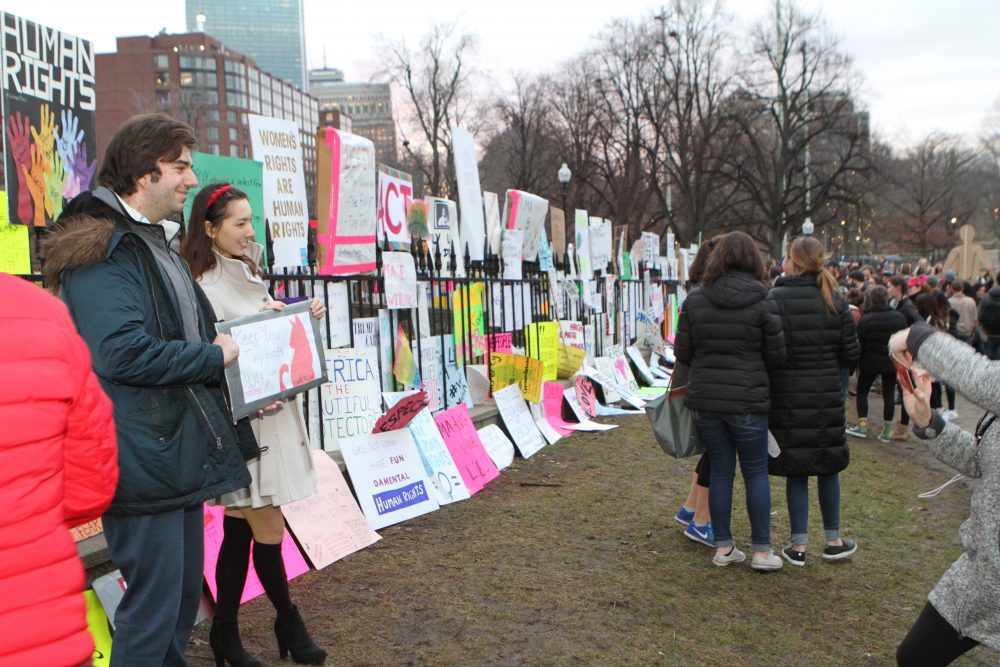 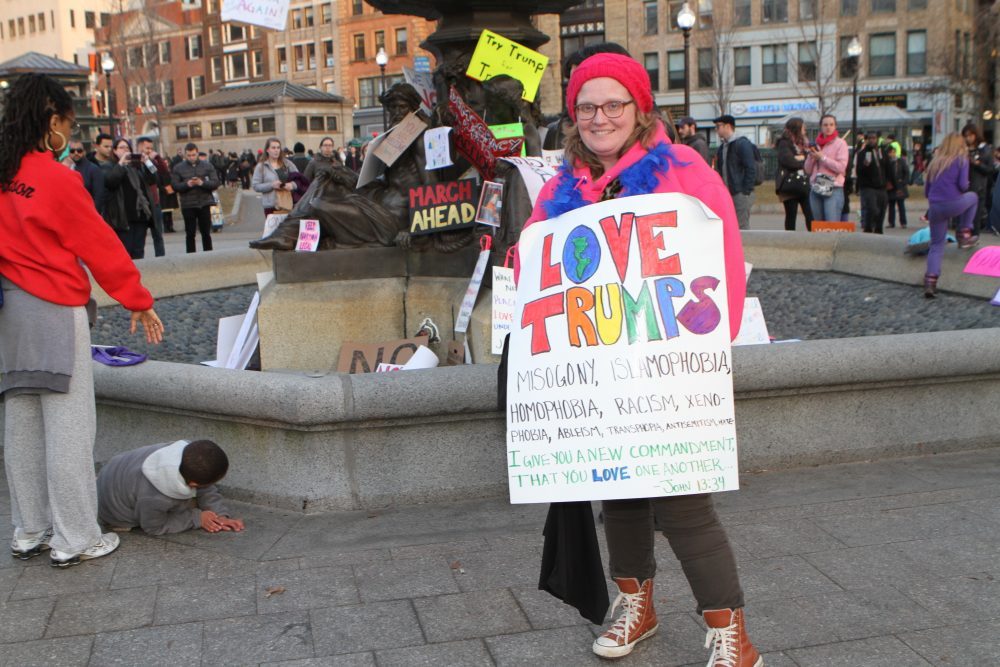 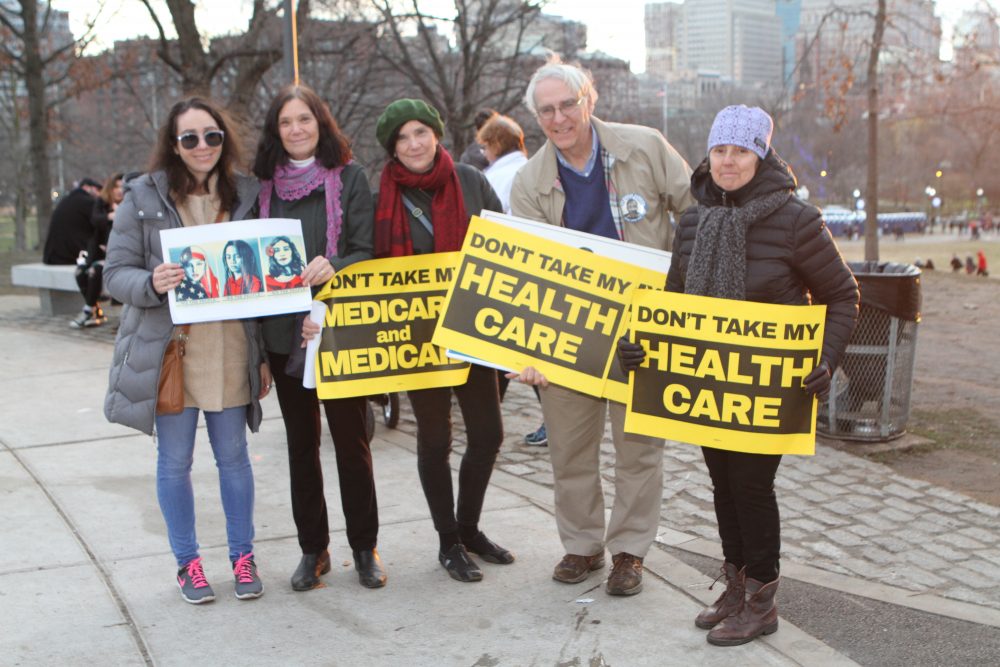 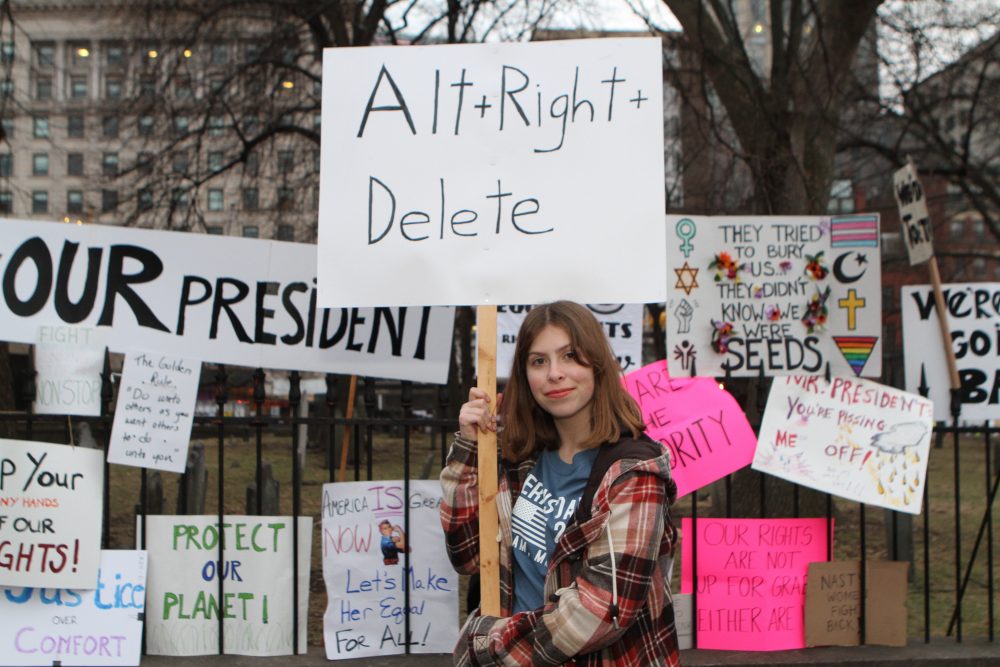 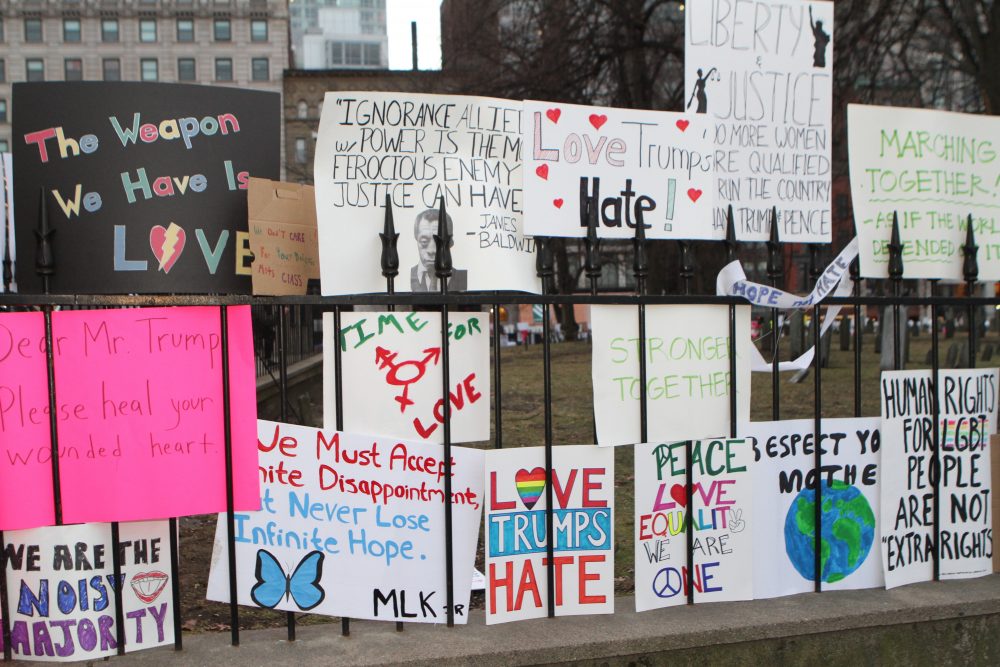 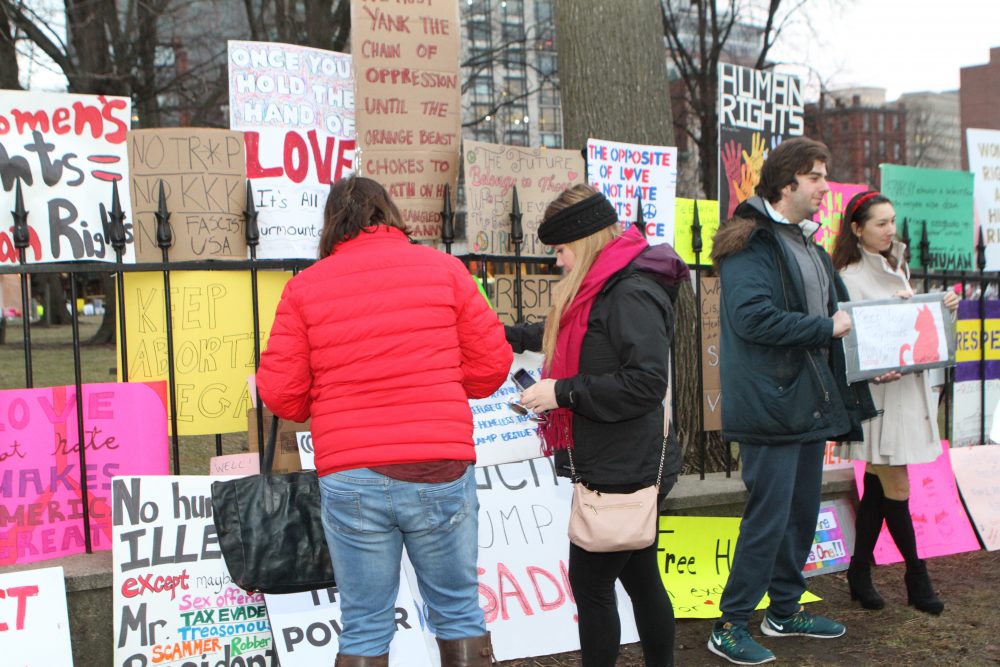