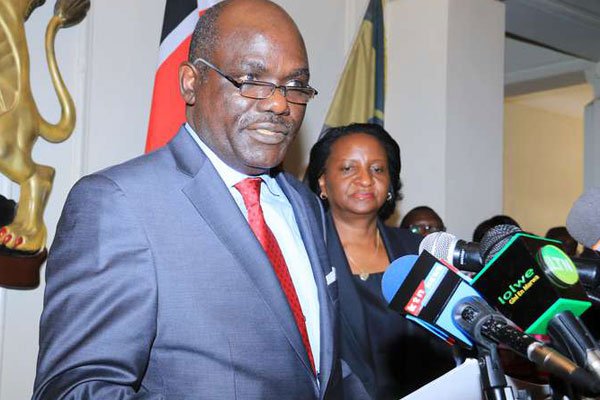 Independent Electoral and Boundaries Commission (IEBC) finally got its new team to prepare for August elections.

The team chaired by Wanyonyi Chebukati also includes six commissioners who together will have to ensure credible elections and possibly avoid a repeat of 2007 post-election violence where 1113 people were killed and a nother 600,000 displaced.

But do you know who these new commissioners are?

Born in 1961 in Bungoma County, Mr Chebukati who whose rural home is now in Kiminini in Trans-Nzoia County went to St Peters Mumias, Bokoli Secondary School and Lenana High School.

He holds a bachelor of laws degree from the University of Nairobi and a post-graduate diploma from the Kenya School of Law.

He has been the managing partner of the Nairobi office of the Cootow and Associates Advocates. In his legal practice, Mr Chebukati has specialised in conveyancing, labour laws, company mergers and acquisitions, maritime and treaties. Previously, he was consultant when Kenya was developing its maritime laws.

When he sought this post, he told interviewing panel he wasn’t looking for a job, but wanted an opportunity to serve Kenyans. He had argued that he was fully satisfied with his legal job and told Parliament his current job provided daily bread for his family.

But Mr Chebukati had to defend his past association with Philip Kinisu who was forced to resign as chairman of the Ethics and Anti-Corruption Commission (Eacc) after investigations found he had business deals with NYS yet it was an agency his Commission was to investigate.

Mr Chebukati said he was only a lawyer representing a client. He also defended his record of associating with ODM, saying he had resigned from the party.READ MORE

Know your new IEBC commissioners Reviewed by samrack on January 22, 2017 .