Without heroes this would be a white man’s country 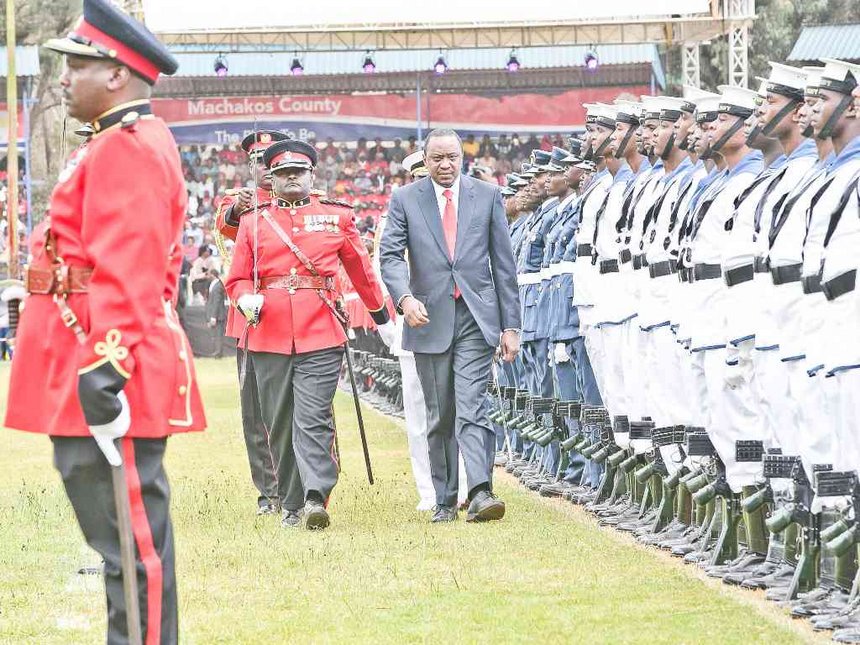 Without heroes this would be a white man’s country

Though we celebrated Mashujaa Day this week, many heroes were neither invited nor

acknowledged. They were ignored and their day taken over by the government to enumerate its development achievement and stipulate its plans for the future.

Nevertheless, this is the day we ought to thank, acknowledge and celebrate our heroes of First Independence and those of Second Liberation.

And by the way, it matters none that there maybe political differences between heroes and those in power today. It is a historical obligation for President Uhuru and Deputy President Ruto to acknowledge and salute these heroes, not because they like or love their politics but because Kenya has no other heroes and needs heroes to keep its political and moral heart, soul and spirit alive.

But the nation is no different from its leadership. It has equally forgotten the heroes of our first and second liberation. But why has our society forgotten its heroes?

There are many reasons why Kenyans continue to forget and turn their backs on heroes but two stand out most prominently. First, heroes lost the struggle for power to their opponents who supported colonial powers who bequeathed government to them after independence.

By losing power, heroes lost all support of the same government that waged war against them. Indeed, post independence government has given presidential medals for heroism to themselves, leaving heroes unrewarded as if they were spectators in a competition in which they won and lost the key trophy of independence, albeit without freedom.

Second, though their deeds could not have been more heroic, they have all been forgotten by a history that hardly mentions them. But by reminding ourselves what we had lost to colonialism, we might better acknowledge the true value of what we recovered and the true worth of our heroes.

When colonialists conquered our grandfathers, we lost our countries and lands to them. And as Winston Churchill put it, under colonialism, Kenya had became white man’s country. As a white man’s country, black owners of Kenya were reduced to the shame of being squatters on their own land. And as colonialists took over our country, they destroyed governments of our different countries, substituting them with theirs with which they ruled us and reduced us to the subjects and servants of Her Majesty The King or Queen of England.

So conquered and subjected to ignominy of servitude, our people lost their humanity and became hewers of wood, drawers of water and slaves of the white man. As such, we became cursed and non human.

After being lowered to the depths of humanity, we were separated from our white masters with an apartheid or color bar and ordained racial inequality and discrimination as our divine lot.

This then was the hell where colonialism put us and from which our largely uneducated Mau Mau and other freedom fighters rescued us at independence. How then can we fail to bow to them on only one day in a whole year? How can we fail to acknowledge the restoration of our country, government, humanity and racial equality with others? Have we forgotten that without the Mau Mau, Kenya would have become another apartheid South Africa? Tragically, without democracy, our independence became self rule without rights and freedoms of thought, expression, movement, assembly and association that would perpetuate our hell for another 40 years.

However as soon as democracy was forgotten in the constitutional equation of our independence under the dictation of the Cold War, patriotic and nationalist Kenyans started to organize for another prolonged struggle for a second liberation that would include democratic and natural rights and freedoms.

As we remind ourselves of who our heroes are, let us not forget that our struggle for independence started in the Egypt of Colonialism and Promised Land or Canaan was its destination.

Not to forget our destination we must not forget our heroes. Only keeping them in mind constantly will remind us that our struggle to enter First World of self rule, democracy, freedom, development, justice and equality will be over only when we shall overcome the horror of bad leadership, bad system, poverty, corruption and negative ethnicity. Long live Mashujaa Day and may Kenyans celebrate their true heroes on this day from now on.

Without heroes this would be a white man’s country Reviewed by samrack on October 22, 2016 .

President Uhuru Kenyatta inspects the Mashujaa Day guard of honour in the Machakos Stadium on Thursday /PSCU Without heroes this would be a white man’s country Though we celebrated Mashujaa Day this week, many heroes were neither invited nor acknowledged. They were ignored and their day taken over by the government to enumerate its development