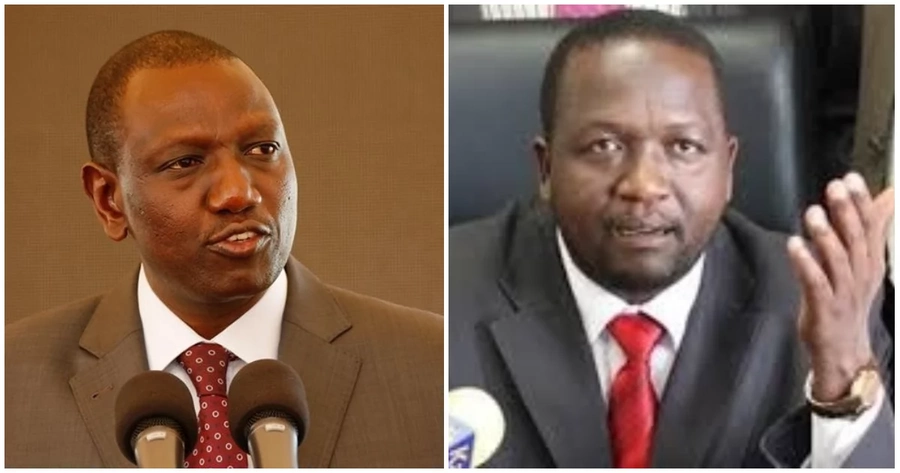 The proposal for constitutional amendment was introduced by Tiati MP William Kamket – Both Jubilee and NASA leaders initially rejected the proposal – But the recent unity agreement between Raila and Uhuru reignited the debate Deputy President William Ruto has made it clear he will not support any attempt to amend the Constitution in order to create new positions in the executive arm of the government. Speaking in Kakamega County during the homecoming ceremony of Education CS Amina Mohamed on Saturday, April 14, Ruto said Kenyans had just come from a grueling electioneering period and were not ready for another political confrontations.

“Let us not pretend we are going to engage in another exercise of changing the Constitution so that we have political positions to allocate to politicians,” Ruto said. The DP argued a new constitutional referendum will deny millions of Kenyans opportunity to concentrate on building the economy. “It will be unfair for us as leaders in Kenya that after we have been elected, that again we want to engage the country in another political circus while millions of young people are waiting for jobs,” he said.

The proposal to change the Constitution was hatched by Tiati member of Parliament William Kassait Kamket in February 2018. In his Constitution Amendment Bill, Kassait proposed for the return of position of the prime minister and scrapping of position of deputy president.

According to the proposed Bill, the prime minister was to have executive powers and the president ceremonial powers. “The Bill seeks to limit the president to a ceremonial role of Head of State and symbol of national unity,” Kassait said. The proposal initially failed to impress MPs from both Jubilee and NASA and was dismissed.

However, debate on the proposed constitutional amendment was reignited by the famous peace pact signed between President Uhuru Kenyatta and former prime minister Raila Odinga on March 9, 2018, at Harambee House. It is said one of the issues that the two leaders discussed was constitutional review.

William Ruto angered by calls for fresh referendum to create new positions in government Reviewed by samrack on April 15, 2018 .