Uhuru to give talk at Chatham House on Tuesday 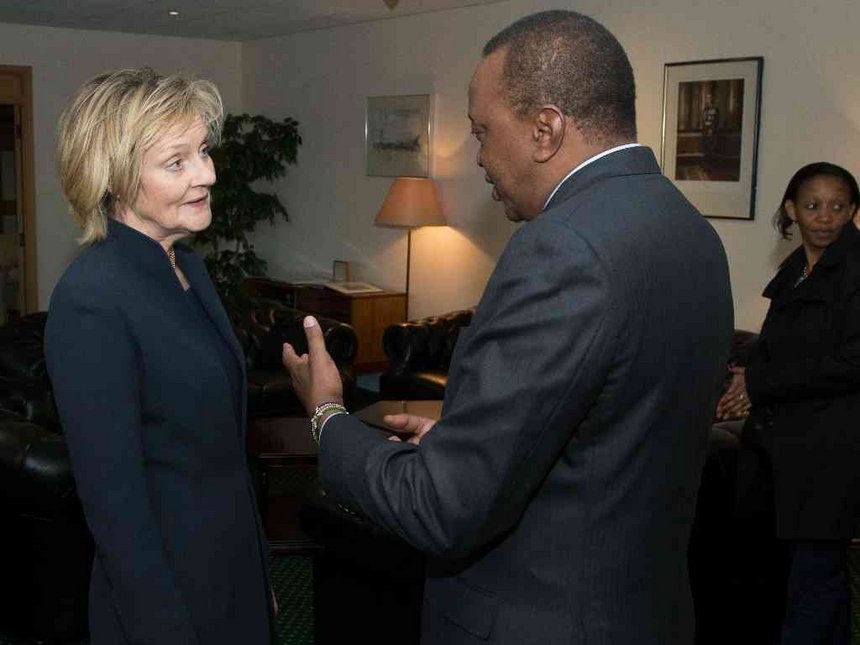 Uhuru to give talk at Chatham House on Tuesday

President Uhuru Kenyatta will on Tuesday deliver a lecture at the Royal Institute of International Affairs, commonly known as Chatham House.

Uhuru is expected to outline his plans for his final term in office for regional peace and domestic development.

According to the London based non-profit, non-governmental organisation whose mission is to analyse and promote the understanding of major international issues and current affairs, Kenya has been one of the fastest growing economies in sub-Saharan Africa over the past decade.

However, inequality and poverty remain rampant: 8,300 Kenyans own more wealth than the rest of the population (around 48 million people) and two years of drought have left more than three million in need of food aid,” read a statement on Chatham’s website.

According to the website, Conflicts in neighbouring South Sudan and Somalia have strongly affected Kenya, and achieving lasting peace and stability in both countries is vital to ensuring domestic and regional efforts to transform economies and improve socio-economic prospects for all.

Thus it will be interesting for Uhuru to talk on mechanisms his government will put in place to foster peace and stability in troubled South Sudan.

Kenya has been on spot amid claims that it is trafficking weapons to South Sudan.

The allegations were also levelled against Uganda but it wasn’t stated whether they were directly involved.

Adama also didn’t say if the weapons were for the government or rebels.

Juma said: “The allegations by the senior UN officials are not only unfortunate and misguiding, but they also lack facts. Kenya’s record is clear with regard to efforts in the search for peace and stability in the Horn of Africa.”

Uhuru to give talk at Chatham House on Tuesday Reviewed by samrack on April 14, 2018 .