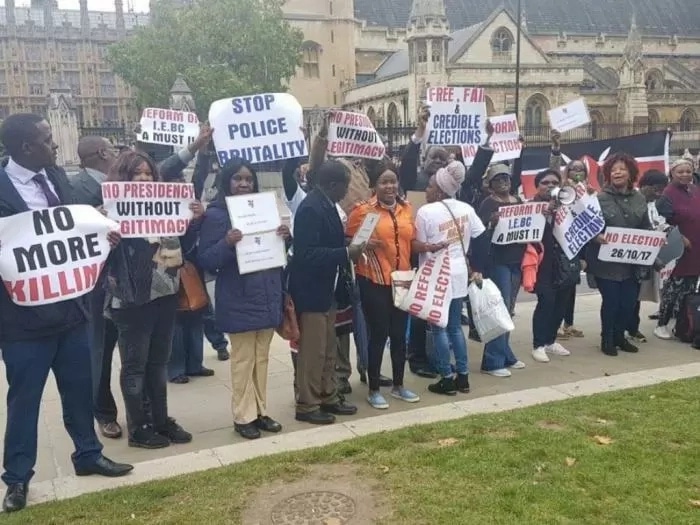 Through their chairperson Kivindyo Ndivo, the UK-based NASA die-hards announced on Sunday, December 3, their support for Raila’s controversial swearing – Ndivo argued that swearing in the NASA leaders through the People’s Assembly will make it constitutional and not treasonous as some legal experts claim Supporters of the National Super Alliance (NASA) in the UK have unanimously endorsed the planned swearing in of the coalition’s chief Raila Odinga and his deputy Kalonzo Musyoka on December 12.

Through their chairperson Kivindyo Ndivo, the UK-based NASA die-hards on Sunday, December 3, announced their unwavering support for the coalition’s highly controversial inauguration ceremony. And they have their own reasons.

“Our position has been informed by the fact that many Kenyans, both here in the diaspora and back home, do not recognize Uhuru Kenyatta as a legitimately elected president despite his coronation,” said Ndivo as quoted by the Standard.

Though some legal experts hold that NASA’s move to swear in Raila will be treasonous, Ndivo argues that it would actually be constitutional if it’s done through the People’s Assembly.

We support establishment of People’s Assembly as a way of engaging the ordinary mwananchi. This, we believe, will entrench the democratic principles and values within the various arms of government,” Ndivo said

Ndivo has, however, indicated that they are ready to support Uhuru as the duly elected president of the Republic of Kenya on condition that he agrees to push for electoral reforms that will escalate into a fresh election as demanded by NASA. “We will only recognize Uhuru’s presidency if he accepts meaningful electoral reforms that will pave way for a fresh poll that will be free, fair and credible,” Ndivo said Read more: https://www.tuko.co.ke/

Why NASA supporters in the UK endorsed Raila’s planned swearing-in on December 12 Reviewed by samrack on December 5, 2017 .