Why main race may drag on to early December 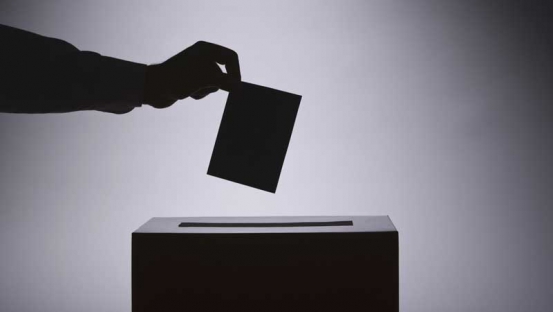 Why main race may drag on to early December

Campaigns for the presidential race closed last evening with each of the two major political formations predicting a resounding round-one victory in Tuesday’s elections. However, the narrow 8,000-vote-lead for Uhuru Kenyatta in 2013, and the change in the political terrain where the third candidate Musalia Mudavadi joined the opposition has made the prospects of a run-off real. It is with this in mind, especially after some polls predicted a statistical dead-heat, that the National Treasury Cabinet Henry Rotich responded to a question assuring the country that if the poll goes to second round, adequate resources will be sent to the Independent Electoral and Boundaries Commission (IEBC) to make it happen. An internal document in the files of IEBC shows if the polls go to a run-off, and the second round win ends up in court, and the court orders a fresh election, then the current tense electoral mood will persist until December 11 when the results will be declared. That’s the worst-case scenario, referred to as “the road to armageddon” in the matrix seen by Sunday Standard. The document has three scenarios for a run-off if none of the two leading candidates in the current election – President Uhuru Kenyatta of Jubilee Party and former Prime Minister Raila Odinga of the National Super Alliance (NASA) – meet the 50 plus one vote threshold or miss the 25 per cent of the vote in at least 24 counties. According to article 138 of the Constitution, “if no candidate is elected, a fresh election shall be held within 30 days after the previous election and in that fresh election the only candidates shall be— (a) the candidate, or the candidates, who received the greatest number of votes; and (b) the candidate, or the candidates, who received the second greatest number of votes.” With 19.6 million voters expected to show up at the ballot on Tuesday morning, the magic number assuming a near-total voter turn-out is 9.8 million votes. The likelihood of a run-off will depend on how political parties organise and mobilise voters to turn up and vote. ALSO READ: Questions over daring raid at NASA offices “A tight competition may deny leading candidates a 50 per cent +1 win as it almost happened in 2013,” notes the internal document, that is part of the electoral commission’s records, and which was used to push through the change of guard at the commission early this year. Fresh polls If there’s a run-off after the August 8 polls, it will be held on or before September 7, 2017, and the results by September 15, and if these are not disputed, then Kenyans will know their next President by then. If the run-off results are contested in the Supreme Court, the IEBC and the whole country will have to wait until September 21 for the cases to be filed, and then watch as the judges settle the matter, with a decision expected on October 5. If the court dismisses the petition, then a new President as declared by the IEBC will begin preparations to take office. If the courts uphold the petition and cancel the results of the run-off, the IEBC will have to call a fresh election within 60 days. “If the Supreme Court determines the election of the President-elect to be invalid, a fresh election shall be held within 60 days after the determination,” reads article 140(3) of the Constitution. ALSO READ: Sift the chaff from campaign talk and elect deserving leaders That will make December 4 the day for the polls and December 11 the day for the declaration of the results. However, some political watchers say, with the other six candidates barely raising a blip in the radar, it is likely that there will be a first round win, but with a small margin. Undecided voters “I don’t see a run-off. That’s because there will be no undecided vote on August 8. When you go to the ballot you will have to be decisive, there is no option for undecided,” said Infotrak’s boss Angela Ambitho in an interview with KTN News shortly after her poll was released placing Raila ahead with 47 per cent and Uhuru with 46 per cent. She said the undecided voters are “people who need to be convinced a little bit more”. “If any of these guys are able to convince this group that is currently undecided, then 47 per cent plus even three (percentage points) is 50 per cent. Remember you need 50 per cent plus one person,” said Ambitho. In a BBC Africa panel, Nic Cheeseman, Professor of Democracy at the University of Birmingham, also agreed that the undecided voter would tilt the scales. ALSO READ: Major supermarkets to close on Election Day “The way the polls are being portrayed is slightly misleading, because what Ipsos and the others tend to do when they release the polls is that they leave the undecided voters in there,” he said.
Source: https://www.standardmedia.co.ke/

Why main race may drag on to early December Reviewed by samrack on August 6, 2017 .

Why main race may drag on to early December  Campaigns for the presidential race closed last evening with each of the two major political formations predicting a resounding round-one victory in Tuesday’s elections. However, the narrow 8,000-vote-lead for Uhuru Kenyatta in 2013, and the change in the political terrain where the third candidate Musalia Mudavadi