WHAT IT’LL TAKE FOR UHURU, RAILA TO WIN – EXPERT 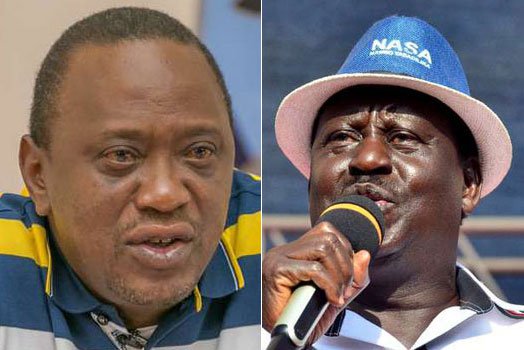 WHAT IT’LL TAKE FOR UHURU, RAILA TO WIN – EXPERT

By HILARY KIMUYU
New voters are likely to determine the outcome of this election, this is according to Sunesis CEO and founder Patrick Ngotho.

Through an analytic platform developed by the company Mr Ngotho ascertains that 26% of the IEBC register are new voters.

“The people who are going to select leaders this year are actually going to be this new crop of leaders. There are going to be a lot of surprises and we already saw some of it during the nominations and I am seeing a serious surprise during the election next week, said Mr Ngotho”

“These new voters are 25 years and below, their voting patterns have not been determined by previous election data so they may shock you. Surveys have shown that younger people are open minded, highly inquisitive and are not aligned to the old voting culture. Research has also proven that this new crop access news and information using modern platforms, Political parties that have ignored this new voter in their campaigns are in for a rude shock,” Ngotho said.

Sunesis Consultancy Limited has developed this analytics platform to help all stake holders analyse, monitor and report election data. The dash board takes official IEBC data and automatically produces graphs and pie charts that make it easy to analyse election data at a snap shot.

The platform also reveals that this time around voters don’t have to wake up early to vote.

“The average number of voters per polling station stands at 666 and that means we don’t expect to see long queues on Election Day,” he said

The system can also be used to compare the election results announced with the registered number of voters down to a polling station level.

Stake holders will be given access to the on-line dashboard to review various visual analysis on the elections data sourced from the IEBC website.

All the data in this platform is sourced from the IEBC website. The platform will be made available to media houses, non-government organization, political parties and all other stake holders upon request for free.

Sunesis is a leading Business Intelligence firm that helps organizations take raw data and transform it into visuals for management giving them insights for decision making.