Why group wants ICC to probe Raila and Kalonzo 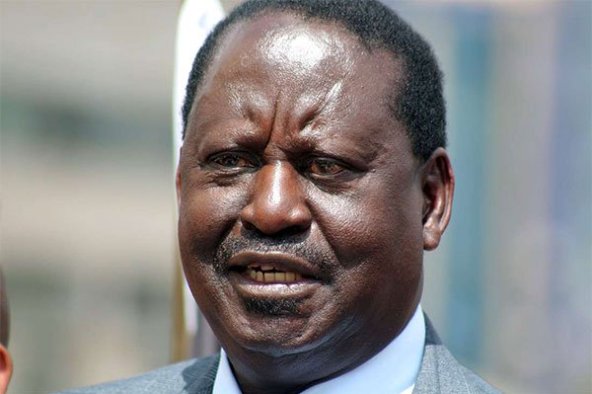 Why group wants ICC to probe Raila and Kalonzo

Nasa leader Raila Odinga’s controversial remarks over land ownership in Kajiado in June is one of the reasons a lobby has petitioned the International Criminal Court to investigate and prosecute him.

The petition, filed by the International Policy Group through Canadian lawyer David Jacobs and signed by the NGO’s chairman Dr Kenneth Otieno Orengo and the secretary Martin Nkari seeks to have the ICC to investigate Mr Odinga and his running mate Kalonzo Musyoka for incitement to commit 12 crimes against humanity.

The NGO has compiled the instances its says the two committed the crimes.

Among the incidents is the statement made in Kajiado in June during the campaigns before the General Election whose video recording would later go viral and become the subject of heated political debate.

The petitioners say: “We have strong grounds to assert that Raila Amolo Odinga, Stephen Kalonzo Musyoka and their cohorts in Nasa are planning to plunge Kenya into violence in pursuit of political power.”

They argue that given their political status as former Prime Minister and former Vice-President, it is unlikely the former presidential candidate and running mate would be brought to book in Kenya.

“Their global networks as well as political clout in Kenya mean that any cases against them would likely lead to violence from their now radicalised Nasa supporters,” they add.

This, they say, leaves the ICC as the only credible available means of dealing with the two.

“There is reasonable basis to believe that Raila Amolo Odinga and Stephen Kalonzo Musyoka, as principal conspirators and part of a criminal organisation and enterprise referred to as Nasa, have intended to incite and instigate the crimes of murder, torture, persecution, forceful evictions, rape and damage to public and private property of innocent Kenyan citizens and residents who do not belong to the Maasai tribe in Kajiado County,” the petitioners say.

Arguing that Nasa wanted to get the votes of the Maasai during the General Election, the petitioners argue that the plan was to incite an attack against non-Maasais in Kajiado on the basis that they have invaded land.

“As a result of these inflammatory statements by Mr Odinga, leaflets asking the non-indigenous communities to leave the county or be forcibly evicted were spread across the county,” Dr Orengo and Mr Nkari say.

The petition to the ICC mirrors events in 2008 when in the thick of the violence that followed the election, the Opposition, ODM, and the ruling party, PNU, both sought the intervention of the Hague-based court.

Last week, the International Policy Group took out full page advertisement in the top dailies to explain its support for the controversial bill to change the law on elections.

It has also published several pro-government reports in the past and generally leans towards the government.

Why group wants ICC to probe Raila and Kalonzo Reviewed by samrack on October 15, 2017 .

Share thisFacebookTwitterPinterestEmailWhatsAppWhy group wants ICC to probe Raila and Kalonzo Nasa leader Raila Odinga’s controversial remarks over land ownership in Kajiado in June is one of the reasons a lobby has petitioned the International Criminal Court to investigate and prosecute him. The petition, filed by the International Policy Group through Canadian lawyer David Jacobs and