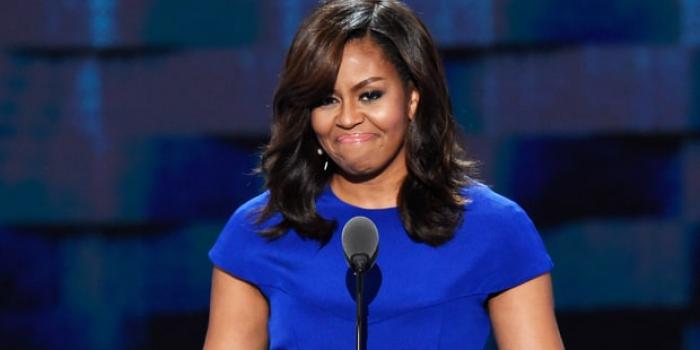 The powerful speech by United States First Lady Michelle Obama at the Democratic National Convention (DNC) has gone viral on social media, stealing the show from the woman of the day, Hillary Clinton.

A lot has been said about the 15-minute address delivered gracefully by Mrs Obama but lessons Kenyan leaders can draw from it remain unexplored.

In her speech, the US First Lady cleverly tore apart Republican Presidential candidate Donald Trump without mentioning his name, not even once.

Though everyone could guess she was referring to Trump, Mrs Obama wisely restrained herself from engaging in the common dirty politics seen in Kenya and even the US where most leaders attack each other with no reservations.

“I want someone with the proven strength to persevere. Someone who knows this job and takes it seriously. Someone who understands that the issues a president faces are not black and white and cannot be boiled down to 140 characters. Because when you have the nuclear codes at your fingertips and the military in your command, you can’t make snap decisions. You can’t have a thin skin or tendency to lash out. You need to be steady and measured and well-informed,” she said.

Mr Trump is known to engage in vicious twitter exchanges, where the maximum characters used to publish a tweet is 140.

Mrs Obama also criticised Trump’s ideas without making his name part of her speech but the message still having a tremendous impact.

“Don’t ever let anyone tell you that this country isn’t great, that somehow we need to make America great again, because right now this is the greatest country on Earth,” she noted.

Mrs Obama used her daughters to illustrate how they have always dealt with the frequent attack from people like Trump.

“How we urge them to ignore those who question their father’s citizenship or faith. How we insist that the hateful language they hear from public figures on TV does not represent the true spirit of this country. How we explain that once someone is cruel or acts like a bully, you don’t stoop to their level. No, our motto is, ‘when they go low, we go high.’ Mrs Obama said.

Another important lesson is that leaders should sieve what comes out of their mouth and their actions while in the public glare giving an example of herself and her husband President Barack Obama.

“With every word we utter with every action we take we know our kids are watching us. We as parents are the most important role model. And let me tell you Barrack and I take that same approach to our job as President and First lady because we know our words and action matter not just to our girls but children across this country. Kids who tell us I saw you on TV, I wrote a report on you in school.” Mrs Obama stated.

Political leaders in Kenya are synonymous with reckless utterances with some being on record spewing insults and inflammatory remarks during public functions.

Mrs Obama’s speech sets a precedent for many in the country that you can disagree with an individual and still do so graciously.

Here is the full speech – Courtesy: