What Kenya stands to lose and gain by withdrawing from Somalia 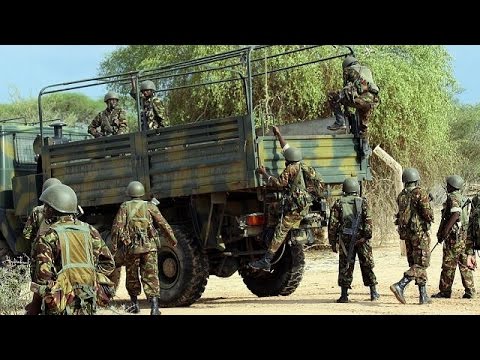 What Kenya stands to lose and gain by withdrawing from Somalia

Kenya has started negotiating a withdrawal from Somalia by 2021. The country is set to leave as Ethiopia’s influence continues to rise.

Kenya has achieved a lot since it intervened in 2011. Its intervention was a “game changer”, contributing to a momentum that led to al-Shabaab losing all major Somali cities. But it has fallen short of its goals to subdue al-Shabaab and end terrorism in Kenya. And it will leave a Somalia where its rivals are gaining power and challenging Kenyan national interests.

Kenya’s public motive for intervening in 2011 was self-defence. Its defence forces moved into Somalia to stop al-Shabaab attacks and improve the country’s internal security. Since then, al-Shabaab has lost territorial control over all of Somalia’s larger cities. In 2012, Kenya reclaimed Kismayo. In the same year, it convinced Ethiopia to join the fight.

The combined forces of Kenya and Ethiopia were redeployed under the African Union Mission to Somalia. This was crucial in containing al-Shabaab between 2012 and 2016. This combined force weakened the terror group to the point that it is now unable to hold territories within Somali cities.

But this still does not mean that the intervention was successful. Since it began, al-Shabaab has launched three large attacks in Kenya. In 2013, it attacked Westgate Mall in Nairobi. In 2015, it attacked Garissa University in northeastern Kenya. And last year it attacked the Dusit Hotel complex, also in the capital.

By late 2019, al-Shabaab’s infiltration in Kenya’s northeast intensified, and locals are increasingly accommodating their presence.

The situation in the area around the coastal town of Lamu is similar. Al-Shabaab is taking advantage of animosities between the Muslim Bajunis and the Christian elite who settled in the area in the 1970s.

Broadly speaking, Kenya has managed to curtail al-Shabaab activities in trouble spots in Kilifi and Mombasa. The country also managed to return a large number of foreign fighters to Somalia without much blow-back. Yet the intervention of 2011 failed to keep Kenya completely safe.

Nor did it fully vanquish al-Shabaab. The group is still strong, despite having lost much of its territory. It is richer than ever, propelled by its efficient taxing of the Somali business community, tolled checkpoints and investments, including some in the agricultural sector. Its leadership structure remains intact, with many key officers having served more than four years.

Kenya’s withdrawal from Somalia will have its own drawbacks. For one, it will abandon its long-time allies inside Somalia. Thus, it will lose leverage with both Addis Ababa and Mogadishu.

The government of Somalia’s president, known as Farmajo, has increasingly been at odds with Kenya. The two countries are currently in a diplomatic row over their shared maritime border.

Second, Farmajo’s agenda to place his preferred candidates in political office in Somalia’s regional states has challenged Kenya’s allies in Somalia and especially the regional state of Jubaland.

It has become clear that Farmajo is willing to draw Ethiopian forces as well as the Somali National Army into his quest to consolidate power by appointing political allies. This has pitched Ethiopia against Kenya, and created tension. Ethiopian forces have recently intervened in support of the Somali government in Mogadishu, targeting the enemies of the Farmajo government. That government has been increasingly willing to use military force against the opposition (as well as the Somali media, and against the regional state of Jubaland, led by Kenyan ally Ahmed Mohamed Islam “Madobe”.

Kenya leaves a Somalia where neighbouring Ethiopia plays an increasing role, and also works against Kenya’s former allies. Also, there are stronger totalitarian tendencies on the part of the Somali presidency than before.

Its withdrawal will leave Ethiopia with a dominating position in the African Union Mission to Somalia. As Ethiopia’s alliance with Farmajo is strong, this is bad news for the Somali opposition, including allies of Kenya.

By withdrawing, Kenya has also let its allies down. It has shown that it cannot be trusted to stay the course. Yet the withdrawal follows a wider pattern in Kenyan politics, wherein the 2011 intervention was the exception.

Read more: Kenya and Somalia row over offshore rights is rooted in the carve up of Africa

Kenya’s foreign policy strategy has traditionally been passive and restrained. It has held back from the more aggressive politics of all of its neighbours. In the past, this strategy served Kenya well, and the country avoided much of the turmoil that plagued neighbouring countries like Uganda, Sudan, South Sudan, Somalia, and even Tanzania. A Kenyan withdrawal is thus a return to Kenya’s traditional foreign policy, and saves Kenyan lives and resources.

Read more: How Moi put foreign policy at the centre of his presidency

Kenya’s relationship with Ethiopia has been the cornerstone of its regional foreign policy, and a Kenyan withdrawal can repair the relationship. But that will be done on Ethiopia’s terms, enhance Ethiopian power in Somalia and leave Kenya with fewer allies within Somalia.

This is the dilemma faced by Kenyan decision-makers today, and their choices will have far-reaching consequences.

What Kenya stands to lose and gain by withdrawing from Somalia Reviewed by samrack on April 30, 2020 .

What Kenya stands to lose and gain by withdrawing from Somalia Kenya has started negotiating a withdrawal from Somalia by 2021. The country is set to leave as Ethiopia’s influence continues to rise. Kenya has achieved a lot since it intervened in 2011. Its intervention was a “game changer”, contributing to a momentum that led to