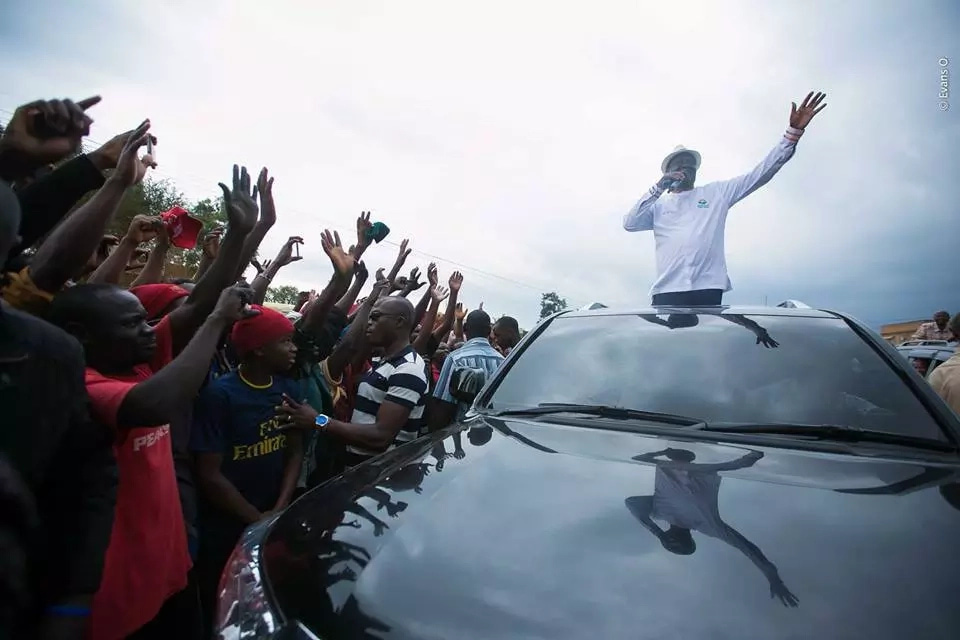 Raila Odinga has refuted claims that he was cowing from the repeat poll. Photo: Facebook.com/RailaOdinga

NASA leader Raila Odinga has clarified that he was not afraid to face off with Uhuru Kenyatta again – He was speaking in Busia county on a campaign trail barely days after the Jubilee brigade toured the region – Jubilee through Uhuru and Ruto have constantly faulted Odinga for wanting to derail the repeat poll since he had already sensed defeat – Raila has however declared he was ready to face off with Uhuru for a third time in 4 years, if the electoral law reforms were abolished NASA Presidential candidate Raila Odinga has declared his team’s readiness to take on Uhuru Kenyatta in the October 26 repeat election. Raila took his campaigns to Busia county on Sunday, October 1, barely days after Jubilee had toured the region. He was accompanied by co principals Musalia Mudavadi and Bungoma Senator Moses Wetangula.

While in Busia, the former Premier typically took on Uhuru and Jubilee’s presidential win in August which has since been nullified by the Supreme court. According to Raila, Uhuru could only beat him in the election if there are irregularities.

“Uhuru and Ruto can never beat us unless they steal. Jubilee can never beat NASA. One man, one vote,” He told the excited Busia crowd. On the question of returning to the ballot on October 26, Raila clarified that he was all too willing to take on the president again, on one condition. “We are ready to go back to the field again if only there are no thieves involved,” He went on. Incidentally, Uhuru Kenyatta was in Western Kenya on a vote hunt barely 24 hours ago in Mumias.

Despite the readiness of Raila Odinga to participate in the poll, there is still uncertainly over the poll as NASA have remained adamant on their demonstrations against electoral laws reforms.

We are ready to take on Uhuru Kenyatta again-Raila Odinga declares Reviewed by samrack on October 1, 2017 .