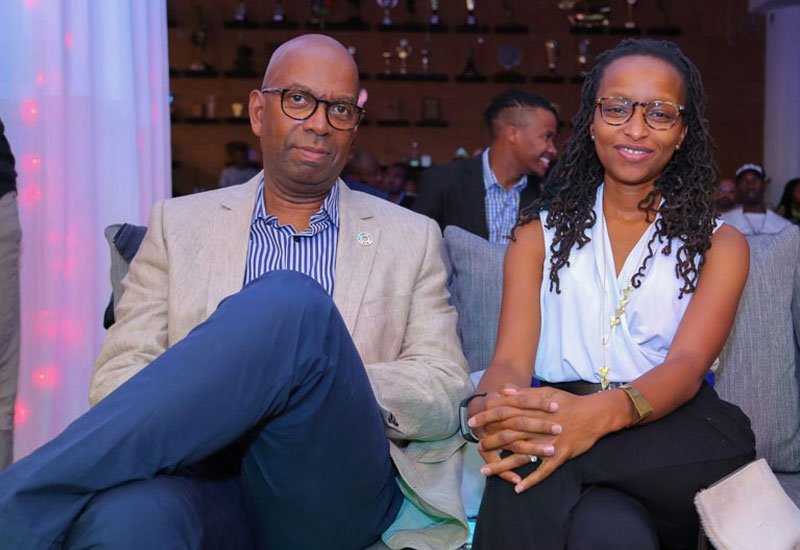 As the country came to terms with the death of one of it’s most iconic leaders, we look at the woman who stood by him through the good times and the bad, Wambui Kamiru Collymore.

In a 2018 interview, Collymore said, “When I told my wife that I am going to London, she said, ‘When are we leaving?’ and I asked, ‘You’re coming?’ to which she replied, ‘Of course I’m coming.’

I asked her, ‘When shall we book your return flight?’ And she said, ‘The same time as you.’”

This was after Collymore was diagnosed with a rare form of blood cancer that required him to go to the UK for treatment. The doctors estimated that it would take about nine months for him to complete the treatment.

It takes a strong, loving woman to support her husband through such a difficult time. Wambui went to London for those nine months and, according to Collymore, she is “…a fantastic lady who stuck with me, she went to London, stayed through that miserable winter that we had and she was there every day. Wambui made a big sacrifice.”

The two wed in April 2016, and the simplicity of the wedding caught the attention of many Kenyans. To some, it was unthinkable that a man of Collymore’s stature could have such a simple wedding. The bride wore a simple white dress which matched perfectly with her groom’s white shirt and trousers. Wambui had stolen the heart of one of Kenya’s eligible bachelors.

Some went on to attack her relationship with Collymore to which she responded with a post on Facebook.

“My marriage to the man that I love and respect had some interesting effects on the conversations on Twitter and Facebook (these may be obsolete by the time you are reading this). However, for a few days there, lots of Kenyans talked about “tribalism” and some admitted their desire to leave and go to another country because of how unbearable it can sometimes be to live in a society where people first judge you by your “tribal” origin. A lot of people refused to be part of the conversation, arguing that it should no longer matter. These people are the reason why we will still have a country to call home,” read part of her message.Collymore was a step-father to her twin daughters. May he rest in peace

Share thisFacebookTwitterPinterestEmailWhatsAppWambui Kamiru: The pillar during Bob Collymore’s last day As the country came to terms with the death of one of it’s most iconic leaders, we look at the woman who stood by him through the good times and the bad, Wambui Kamiru Collymore. In a 2018 interview, Collymore said, “When I told my