Waititu takes over as Kiambu governor 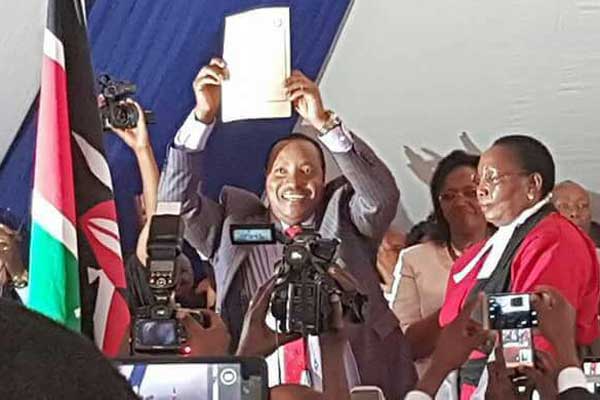 Kiambu Governor Ferdinand Waititu after he was sworn in at Ndumberi Stadium on August 19, 2017. PHOTO | ERIC WAINAINA | NATION MEDIA GROUP

Waititu takes over as Kiambu governor

Kiambu governor-elect Ferdinand Waititu has been sworn in.

Mr Kabogo congratulated Mr Waititu saying it was his duty to hand over to the new governor.

“Four years ago, the people of Kiambu gave me and my deputy power to run the county affairs, and here today they give it you,” he said

The former governor said he believes that Mr Waititu will serve Kiambu and asked residents to support him.

“We must work together or we will perish together as fools,” he said.

Waititu takes over as Kiambu governor Reviewed by samrack on August 19, 2017 .