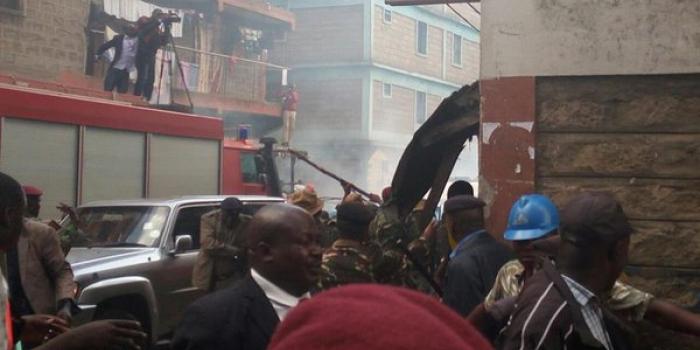 VIDEO: Police Lob Teargas as Raila Visits Huruma Reviewed by samrack on May 3, 2016 .

VIDEO: Police Lob Teargas as Raila Visits Huruma Chaos erupted in Huruma estate on Tuesday afternoon when a section of Coalition for Reforms and Democracy (CORD) leaders visited the area. Police lobbed teargas near the site of the building that collapsed on Friday, where a huge crowd had gathered seemingly to welcome Opposition leaders Raila Odinga, Kalonzo