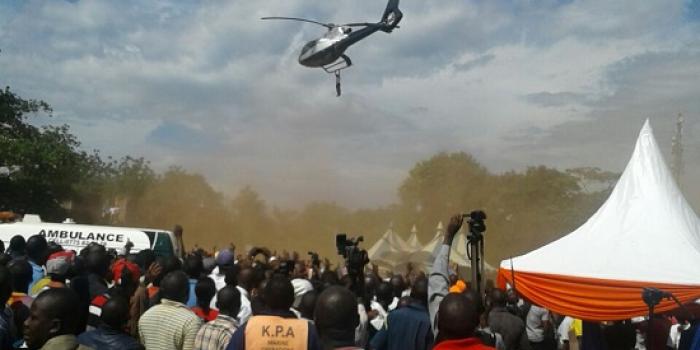 The Bungoma man hanging on the helicopter that had delivered the body of slain businessman Jacob Juma in Bungoma.

VIDEO: Kenyan Man Falls Off Helicopter Reviewed by samrack on May 13, 2016 .