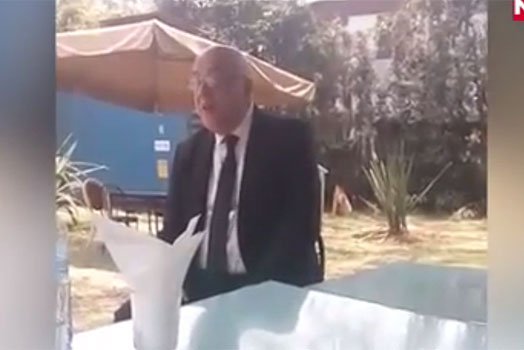 A Venezuelan businessman has been stranded at a posh Nairobi hotel for the last three months as he is unable to settle his Sh1 million bill.

This is after deal between Mr Simon Franco Ortega and a flamboyant Nairobi businessman went sour.

Mr Ortega claims that he has been unable to settle the bill because his local business associate disappeared with his Sh10 million.

The businessman, he says, is yet to be arrested by police despite an official report.

Mr Ortega reported the matter at Parklands police station on June 30 this year, indicating that he lost the money on June 8 under the offence of obtaining money through false pretense.

The management of the hotel, in an interview with Nairobi News on Monday, said they would only release the man if he settles his bill which is growing by the day.

“We used to receive payments from his family in Venezuela but that stopped after one month yet we have to get our money. We have been providing him with meals and accommodation,” insisted the management.

He has also surrendered his passport to the hotel as he looks for money to settle the bill after his family stopped supporting him.

Mr Orgeta told Nairobi News that the police have all documents on the case but have declined to act.

Share thisFacebookTwitterPinterestEmailWhatsAppVenezuelan businessman Mr Simon Franco Ortega. PHOTO | SCREENSHOT VENEZUELAN MAN STRANDED IN POSH HOTEL AFTER LOSING SH10M TO CITY TYCOON – VIDEO A Venezuelan businessman has been stranded at a posh Nairobi hotel for the last three months as he is unable to settle his Sh1 million bill. This is after deal between