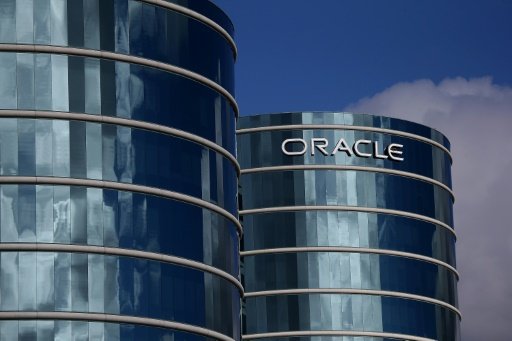 Oracle said in a statement that the complaint “is politically motivated, based on false allegations, and wholly without merit.”/AFP

The lawsuit is the result of an investigation begun in 2014 by the US agency’s Office of Federal Contract Compliance Programs, and could result in the loss of “millions” in US government contracts for Oracle, according to statement.

“Federal contractors are required to comply with all applicable anti-discrimination laws,” said Thomas Dowd, acting director of the office.

“We filed this lawsuit to enforce those requirements.”

The agency said Oracle refused to comply with the “routine requests for employment data and records,” and that officials “attempted for almost a year to resolve Oracle’s alleged discrimination violations before filing the suit.”

California-based Oracle, one of the largest firms in Silicon Valley, said in a statement that the complaint “is politically motivated, based on false allegations, and wholly without merit.”

The company said: “Oracle values diversity and inclusion, and is a responsible equal opportunity and affirmative action employer. Our hiring and pay decisions are non-discriminatory and made based on legitimate business factors including experience and merit.”

It also said Oracle, which has some 45,000 employees in the United States and is known for its cloud computing and business applications, used a recruiting and hiring process which favored Asians, especially Indians, resulting in discrimination against African-American, Hispanic and white job applicants

US sues Oracle alleging discrimination in pay Reviewed by samrack on January 22, 2017 .

Oracle said in a statement that the complaint “is politically motivated, based on false allegations, and wholly without merit.”/AFP US sues Oracle alleging discrimination in pay SAN FRANCISCO, United States, Jan 19 – The US Labor Department on Wednesday sued business software giant Oracle alleging “systemic” discrimination in pay against female, African American and Asian employees.