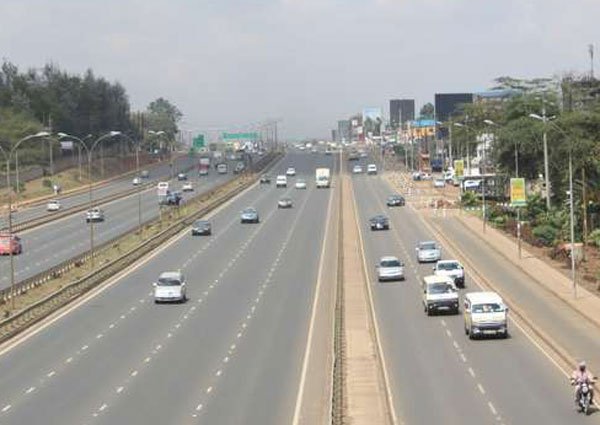 A view of Nairobi’s Thika highway on March 1, 2015. Talks are afoot on financing the expansion of the Nairobi-Mombasa road to a six-lane freeway. PHOTO | ANTHONY OMUYA | NATION MEDIA GROUP

Talks on funding the construction of a six-lane highway got off on the right foot after the Kenyan and US government and an engineering firm held a successful meeting.

Finance Minister Henry Rotich and Elizabeth Littlefield, head of the US government’s Overseas Private Investment Corporation (Opic), signed a “letter of interest” regarding the Nairobi-Mombasa highway project on the sidelines of the US-Africa Business Forum in New York on Wednesday.

California-based Bechtel, one of the world’s largest engineering and construction companies, is also involved in the financing discussions.

The US Export-Import Bank is simultaneously working with Bechtel to secure investment for the 485-kilometre expressway.

It is intended to speed up commerce and travel between Kenya’s main port of Mombasa and cities throughout East Africa.

Opic’s role in the emerging deal would be to insure Bechtel against breach of contract.

The Export-Import Bank would assist Bechtel in developing the project.

“With the support of the US government agencies such as Opic and the Export-Import Bank, we can provide solutions to move this critical project forward quickly with a high standard of quality and safety,” said Andrew Patterson, Bechtel’s regional president for Africa.

The Obama administration’s move to help Bechtel secure a deal to build the road coincides with the opening in Nairobi of an Opic office.

The agency’s new regional headquarters in the Kenyan capital will facilitate US businesses’ participation in infrastructure development throughout East Africa.

Opic is currently involved in several projects in Kenya.

It announced on Wednesday a $4.1 million loan to Mawingu Networks, a provider of solar-powered wireless Internet access in rural Kenya.

Microsoft has also helped finance Mawingu’s effort to enable many more Kenyans to get online.

Share thisFacebookTwitterPinterestEmailWhatsAppA view of Nairobi’s Thika highway on March 1, 2015. Talks are afoot on financing the expansion of the Nairobi-Mombasa road to a six-lane freeway. PHOTO | ANTHONY OMUYA | NATION MEDIA GROUP US firm likely to fund Kenya’s six-lane freeway NEW YORK Talks on funding the construction of a six-lane highway got off