After crunching numbers for over fifteen years for companies such as Sony Pictures Entertainment, London based chef Anita Kerai made a decade long dream come true last year when she left behind her financial accounting career to pursue her passion for food: to recreate recipes from her Kenyan-Indian upbringing for her new show, Return to Kenya, which just came out on Amazon Prime in the UK, US and EU. “I was always thinking about doing something with food because most Kenyans love cooking – my dad loves cooking, mum mum loves cooking – it’s part of my growing up,” Kerai told Forbes.

Kerai combined her entertainment industry experience and lifelong cooking skills with a course in TV presenting last year, where encouragement from her tutor led to the three week shoot across Kenya last May, where Kerai was born. “My producer Tony, who was my tutor at Leith’s [School of Food and Wine], said, ‘Anita you’ve got something, you need to do something with your talent.’ I was happy with my cookery school and presenting on Facebook, teaching kids – and then the idea of doing the series came up because I hadn’t been to Kenya for twenty two years and I was feeling homesick,” Kerai told me. 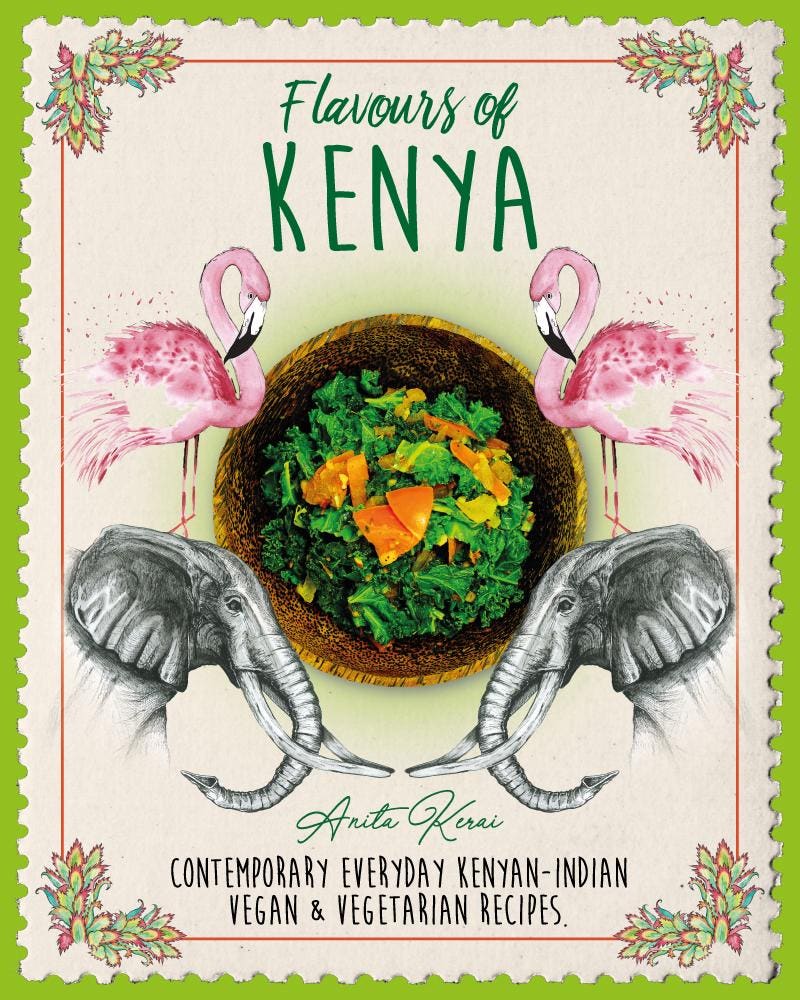 Flavours of Kenya, the cookbook to accompany the Return to Kenya series. Illustration by Kiran Rabadiya and Jasmine GermainePHOTO COURTESY OF ANITA KERAI

The seven part series is accompanied by a 170 page cookbook, Flavours of Kenya, which includes all vegan and vegetarian recipes like Githeri (recipe below), a stew of beans and maize which is a staple food in Kenya: “You can add potatoes, peanuts, peas or vegetables for added texture,” the Kenyan-Indian chef explained, who typically champions vegan and vegetarian food; Swahili Vegetable Udhiyu and “one-pot recipes [that] were learned in Nairobi and Mombasa from Anita’s parents, grandparents and friends,” according to the show’s press release.

The food in Kenya is a mixture of different cultures, Kerai says. “If you go to Mumbasa, you’ve got the Brazilian, Portugese and Arab influence, whereas in the central region where most of the Indians worked, when they came to build the railways, there’s a lot of Indian heritage there, a lot of British heritage,” she explained, “And then you’ve got a mixture of traditional Kenyan as well, so the kind of dishes evolved in such a way that it’s now a blend of all the cultures – so you can’t just have an Indian dish, it’s Indian-Kenyan or Indian-Swahili or Indian-Arabic. There’s no one way of describing Kenyan traditional dishes anymore, it’s a fusion,” Kerai said.READ MORE