It was in April 1968, when reality first hit his close confidants that he was not immortal, after he suffered a heart attack in Mombasa that made him unconscious for three days.

They discreetly started plans for a lavish State funeral, as documents stamped “top secret” seen by the Sunday Nation in London revealed. 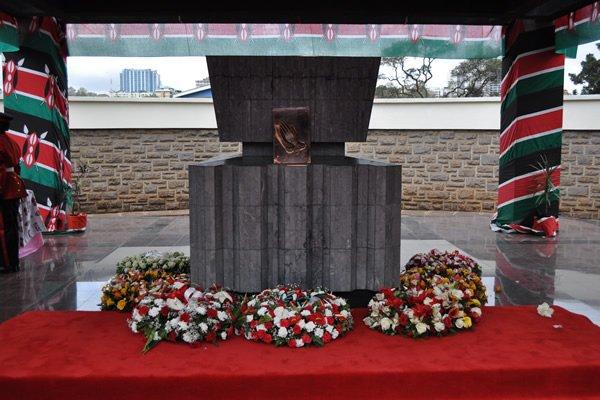 The arrangments were undertaken by a group of ministers in conjunction with the British Government Commonwealth Office.

Colonel J.R. Anderson, then Chief of Staff at Defence Headquarters, was also brought in to help with security and state funeral planning.

In the plan, they compiled a list of “hostile” Kenyan citizens who would be detained immediately the president fell seriously ill or died until peaceful transfer of power was “established beyond doubts.”

A secret unaccountable fund was also set aside to help in implementing the plan without going through the usual departmental approvals.

In 1977, one year before his death, Britain had started drafting messages of condolences to be sent to First Lady Mama Ngina and Vice-President Moi.

All the plans were made in secrecy without the knowledge of Kenyatta. Anderson wrote: “All letters and communications are to be kept on a secret basis. They will be sealed in an envelope addressed to me personally as follows, J.R. Anderson OBE, Chief of Staff Defence Headquarters, Box 668 Nairobi.

“These letters and communications must be enclosed in a mother envelope addressed to R Tallboy ESQ, Commonwealth Office, Downing Street, London, for his personal attention. He will then forward them to me,” read the documents.

When the vault that currently holds his body was selected and purchased, it had to be packed in a solid crate disguised as spares by being labelled “M. Spares” and be sent to “Kenya Army Ordnance Depot, Kahawa, Nairobi,” where it would be hidden.